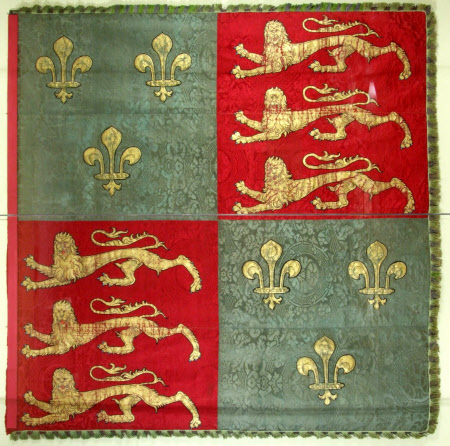 A letter dated APRIL 16TH, 1940, from Geoffrey Callender of the National Maritime Museum says: These banners belong to the order of St John of Jerusalem..the rightful owner.. was some Englishman who had served abroad under the Grand Master, against the Turks. They probably came into the Drake family through marriage. However they date from the 16th century, resembling two similar at St Johns College, Oxford.