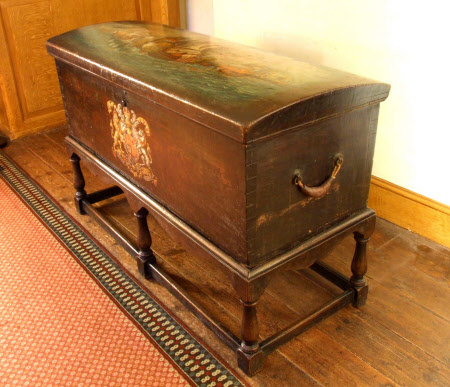 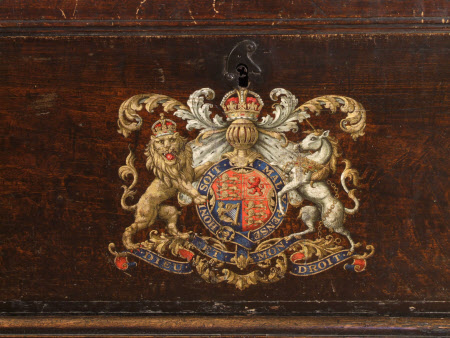 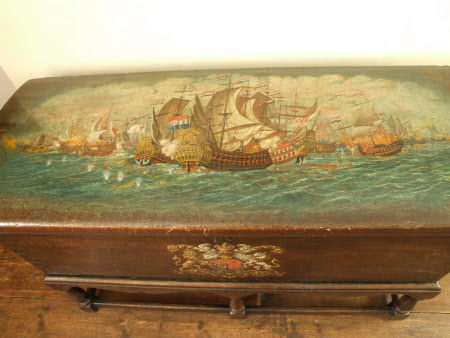 This oak sea chest has a fishy story. Before the chest was acquired by the National Trust, it was used by a fishmonger to store fish in. It is possibly a late 17C travelling chest that has had later additions. It appears to depict a battle scene from 1588 - 1654 Dutch - Portuguese war.

Oak sea chest on separate stand. Painted with naval battle scene design on outside of domed cover, also painted on inside. Small compartments inside for storage and two leather carrying handles. Painted royal coat of arms on the front. The stand has turned baluster legs joined by two strechers.