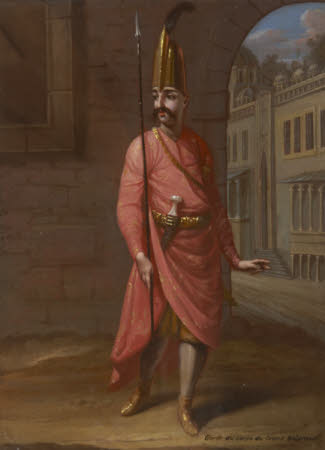 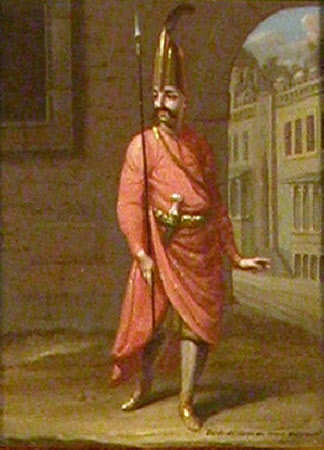 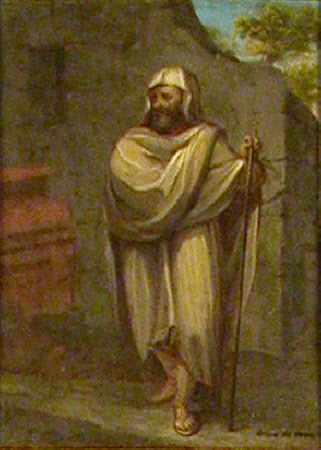 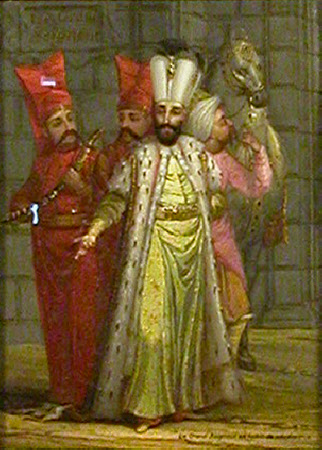 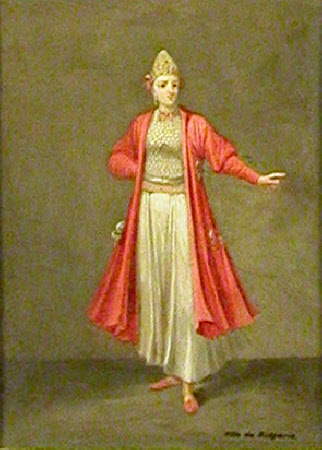 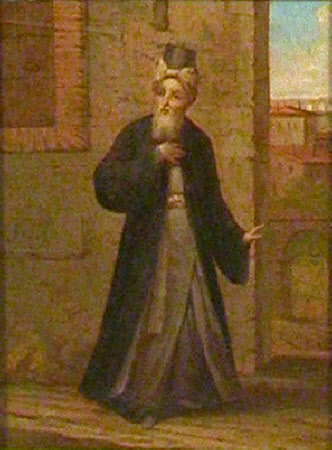 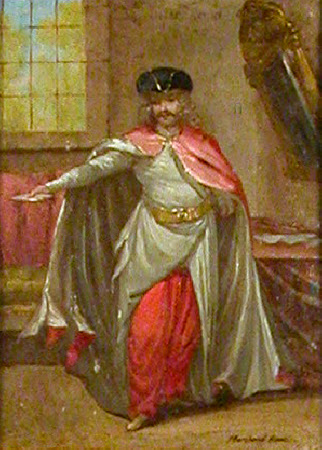 This figure is one of a large set of early eighteenth-century costume illustrations of Turkish men and women from the Court of the Ottoman Empire in Constantinople (Istanbul). At Sissinghurst there are fourteen framed sets remaining, each with five vividly painted copper plates. Originally by or after Jean-Baptiste Vanmour (1671-1737), sets like these were popular in the 19th century as part of the revived vogue for Orientalism. They were owned first by Marie-Gabriel-Florent-Auguste Choiseul-Gouffier (1751 - 1817) and bought by Richard Seymour-Conway, 4th Marquess of Hertford (1800–1870) and by inheritance, via Lady Wallace (1819–1897), to Sir John Murray Scott (1847–1912). The latter, affectionately known as ‘Seery’, was a favourite of Victoria, Lady Sackville (1862–1936) who seems to have somehow obtained them from him and then passed onto her daughter, Vita Sackville-West (1892–1962) who apparently gave a few away as wedding presents.