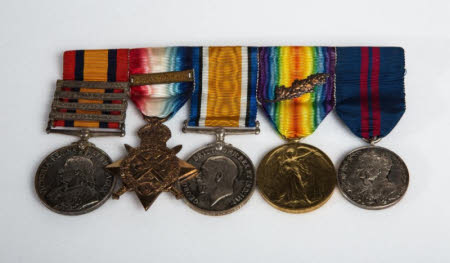 This medal bar belongs to Brigadier General Arthur Hussey, and would have been worn on formal occasions. The oakleaf pinned to the ribbon of his Allied Victory medal shows that he was mentioned in dispatches, that is to say his superior officer singled him out by name in a report for his bravery or good work.