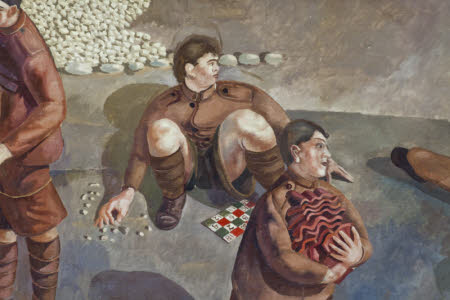 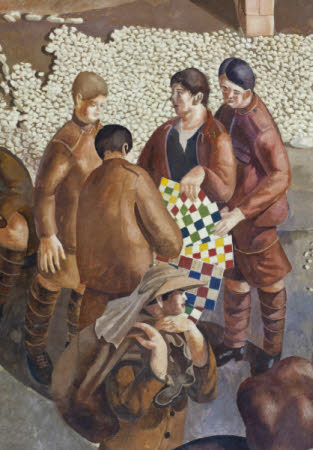 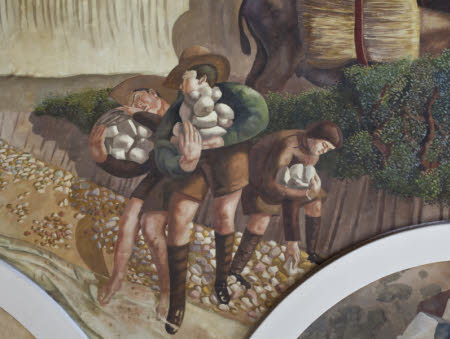 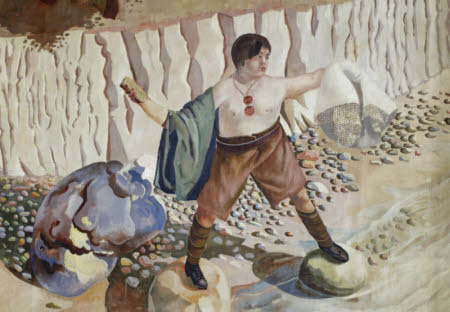 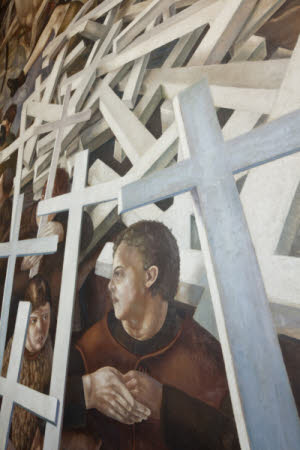 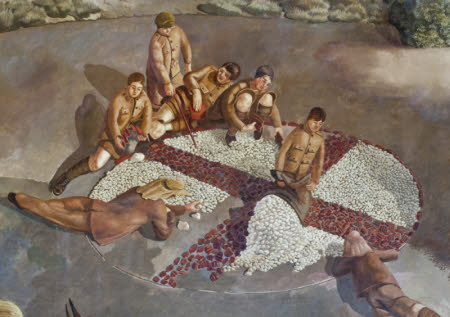 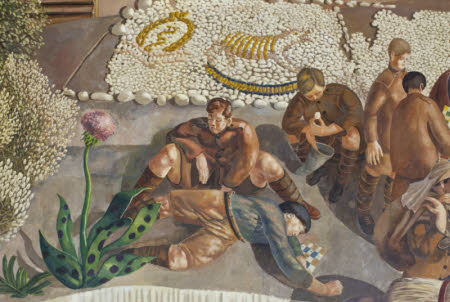 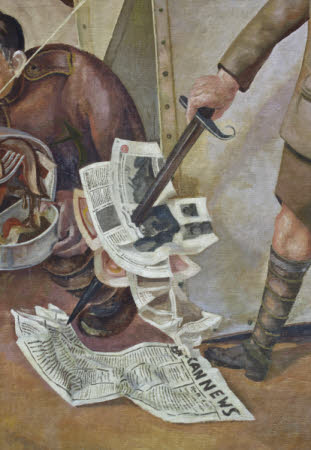 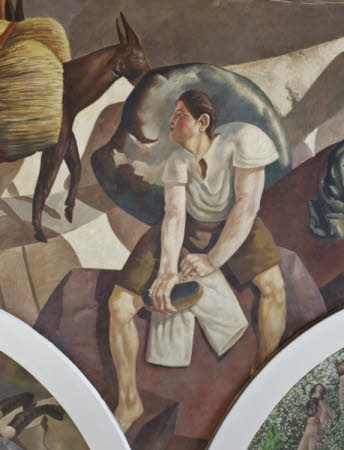 Oil painting on canvas, Riverbed at Todorovo, by Sir Stanley Spencer, CBE, RA (Cookham 1891– Cliveden 1959), 1930-1. The canvas runs along the top of the South wall (Ecumenical South; Compass Direction East) showing soldiers, likely the 143rd Field Ambulance, RAMC, at recreation.The badges of the RAMC and the Berkshire Regiment (which Spencer later transferred to) are being made by a group of soldiers, whilst in the foreground men wash their clothes in the river. Aspects of the painting were established in the earlier paintings ‘Making a Red Cross’ and ‘Scrubbing Clothes’.