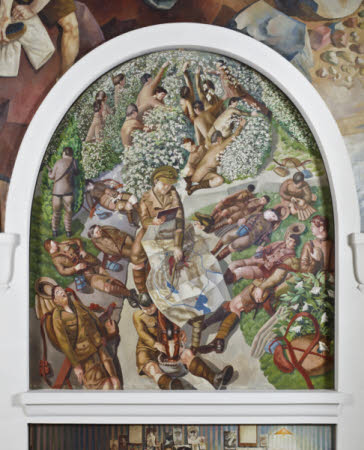 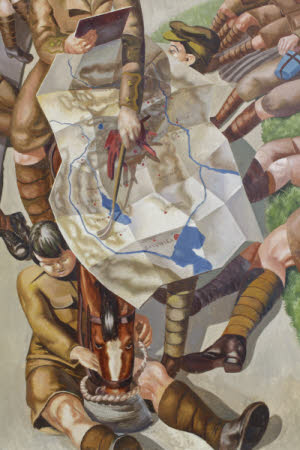 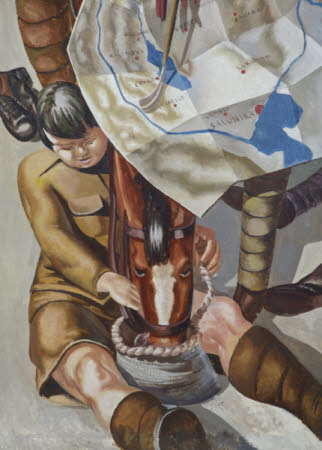 The officer is the only soldier in command represented in the cycle. He is shown holding a map of Macedonia, on which Spencer noted all the places that he could remember visiting there. The soldiers in the background are shown feasting on bilberries, in a landscape that might almost be Cookham. The rendering of landscape and greenery typifies Spencer’s skill at painting landscape and still-life, reflecting the rhododendrons by the Beaufort gatehouse in Convoy Arriving with the Wounded, and the rolling landscape above the Resurrection.

Oil painting on canvas, Map Reading by Sir Stanley Spencer, CBE, RA (Cookham 1891– Cliveden 1959), 1927/32. This scene which featured in the original 1923 sketches, shows soldiers taking a rest whilst in route-march, whilst the only officer in the whole scheme of paintings is depicted studding a large map from the back of his horse. Around him soldiers sleep upon the grass and harvest bilberries from the landscape. The bright, distinct flora along the roadside is analogous to that of ‘Convoy of Wounded’, a painting with which an elevated view point is also shared.