Tea in the Hospital Ward 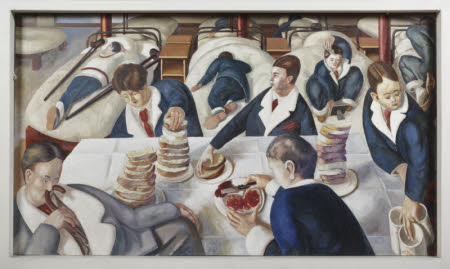 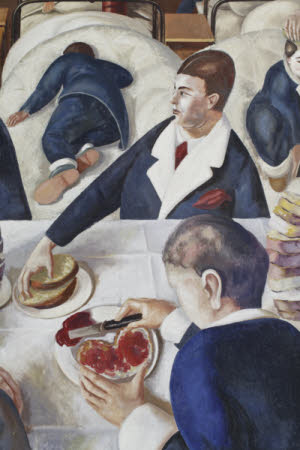 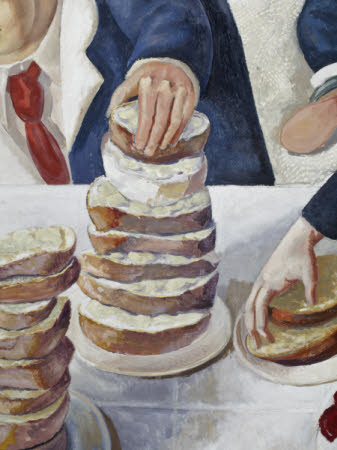 Tea-time must have been one of the highlights in the daily routine at the Beaufort Hospital. The contemplative figure in the bottom left-hand corner suggests that it was a quiet time, although a photograph in the Glenside Hospital Museum shows a reality quite different to the cosy scene evoked by Spencer, with formal, serried ranks of patients sat at trestle tables. This scene did not feature in Spencer’s original scheme and was the last of the predella canvases to be painted in 1932.

Oil painting on canvas, Tea in the Hospital Ward by Sir Stanley Spencer, CBE, RA (Cookham 1891– Cliveden 1959), 1932. Wounded soldiers in their blue suits receive generous helpings of white bread and jam at a table in a ward at Beaufort Hospital, whilst other soldiers remain at their beds too tired or injured to move. The painting evokes Spencer’s nostalgia and memories of returning home from the Slade in time for bread and jam prior to the war. This scene did not feature in the original cartoon for the series, replacing another indeterminate ward scene and was the last of the predella canvases to be painted in 1932.