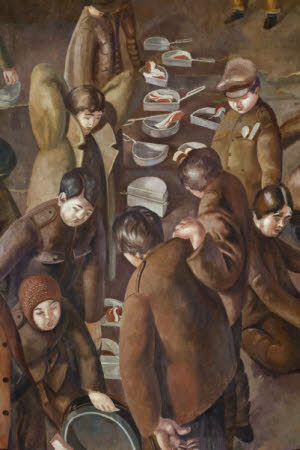 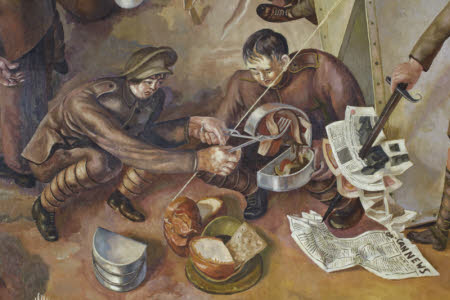 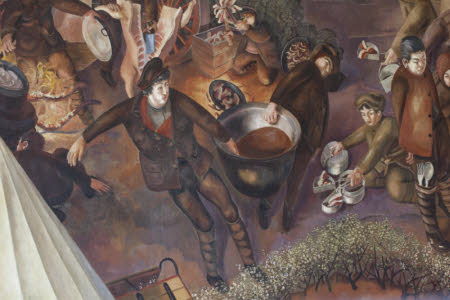 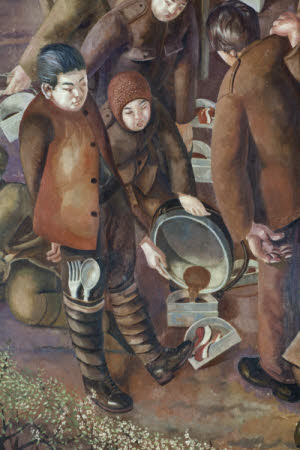 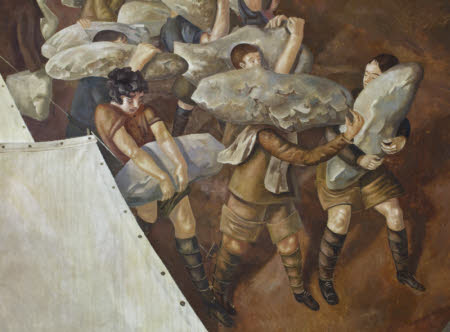 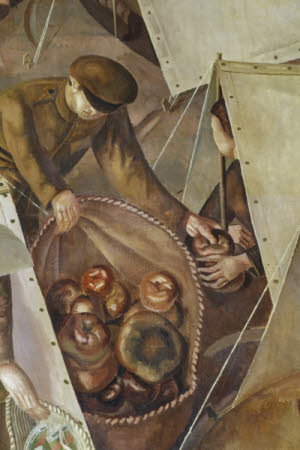 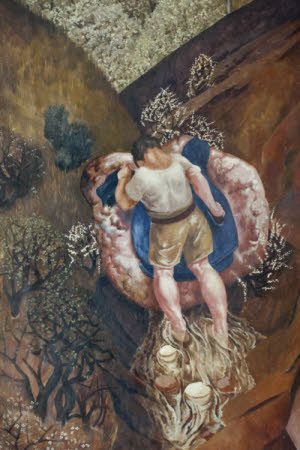 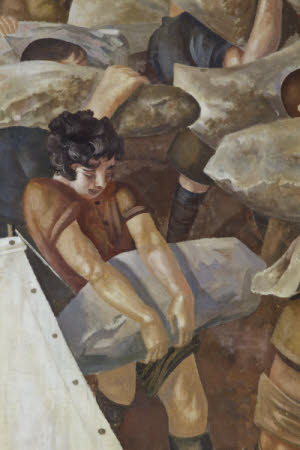 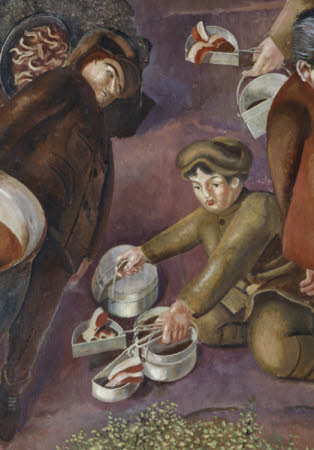 Oil painting on canvas, Camp at Karasuli by Sir Stanley Spencer, CBE, RA (Cookham 1891– Cliveden 1959). The canvas along the top of the North wall (Ecumenical North; Compass Direction West) illustrates a camp in the early morning with men cooking breakfast or carrying stones for the Serres military road, which is winding through the background of the picture. The soldier in the extreme right is driving a stake into the ground, using sacking to deaden the sound - the figure is Spencer himself. Another man is collecting discarded newspaper ('The Balkan News'). 'Rubbish is always rubbish, however you collect it', was Spencer's terse comment after receiving a reprimand for not picking up paper in an orderly manner. Other incidents depicted in this canvas include a soldier washing an officer's shirt and a dog foraging amongst empty tins of bully beef. ,