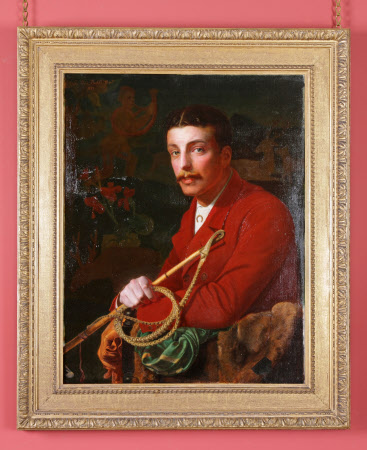 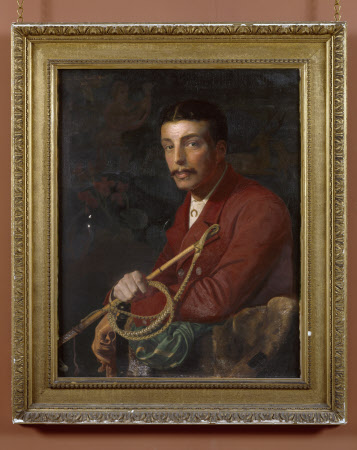 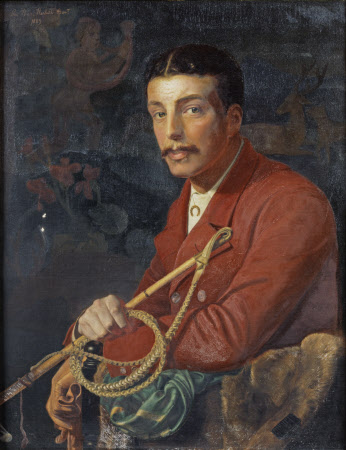 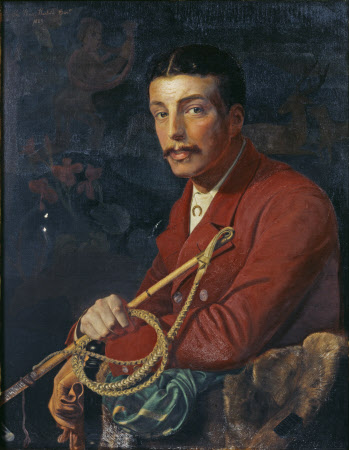 Born at Rufford in 1849, Sir Thomas George Fermor- Hesketh is here portrayed as a wealthy 34-year-old landowner in hunting dress. The backcloth to his portrait is a hunting scene on an early tapestry, which itself suggests the status and antiquity of his family – although much of his personal wealth derived from his marriage to an American heiress.

Oil painting on canvas, Sir Thomas George Fermor-Hesketh, 7th Baronet Hesketh of Rufford (1849-1924) by Anthony Frederick Augustus Sandys (Norwich 1829 – London 1904), inscribed upper left: Sir Thos. Hesketh Bart / 1883. A three-quarter-length portrait of a man, turned to the left, gazing at the spectator, seated in hunting dress, holding a whip in his right hand with a tapestry behind. The sitter was the second son of Sir Thomas Fermor-Hesketh, 5th Bt and his wife Lady Anna Maria Fermor. He was ensign in the Rifle Brigade and Honorary Colonel of the 3rd and 4th battalions Kings Liverpool Regiments. On 23rd December 1880 he married Florence Emily Sharon, daughter of Senator William Sharon of Nevada.

By descent in the Fermor-Hesketh family; offered for sale at the auction organised by Sotheby's at Easton Neston, Northamptonshire, 17-19 May 2005, lot 138; purchased by the National Trust by private treaty with the help of a grant of £1,804 from the V&A Purchase Grant Fund.