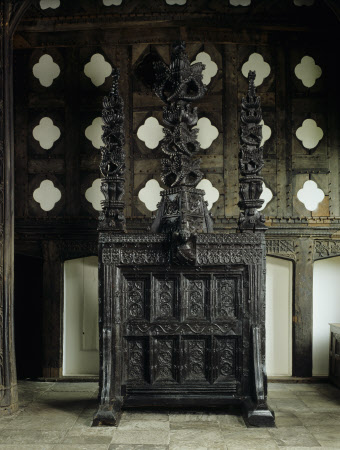 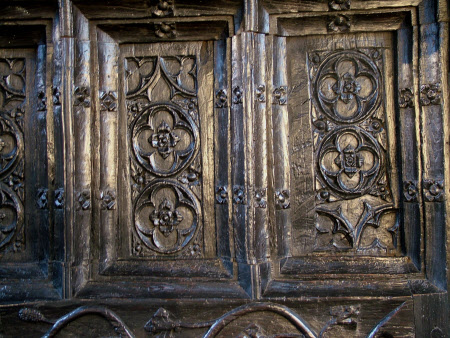 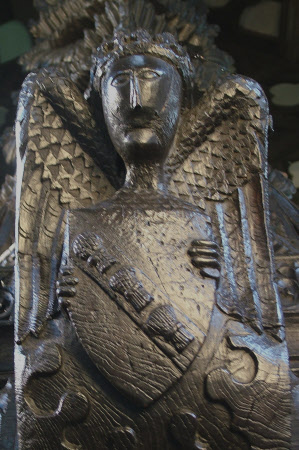 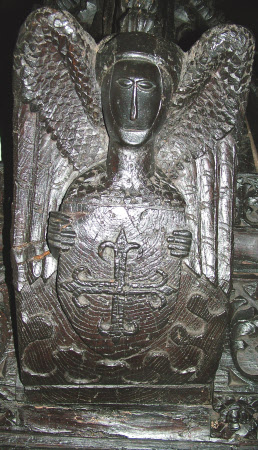 This so-called ‘movable’ screen is the only one of its kind known to have survived intact. Its original purpose was to screen the passage to the kitchen from the Great Hall – the main dining hall of Tudor times. Such screens were often richly carved, to show off the wealth and status of the family.

Carved oak movable screen, 1530-40, with eight panels to front and back, three tall ‘ram’s horn’ finials, and massive trestle feet; the panels carved with late Gothic blind tracery of quatrefoils and trefoils; the top rail with a stylised vine pattern; the middle rail with vine trails; the bottom rail ribbed; the framing coved and studded with ballflower ornament; the carved base for the central finial quadrangular, with four crocketed buttresses resting on the top rail and a large transverse bracket carved with angels bearing the arms of Hesketh (front) and Banastre (back); all three finials carved in the form of spires bedecked with ram’s horn shapes and flared ribbing; the timbers of the two outer finials continuing down as side-posts of the screen and supported by ribbed buttresses mounted on the trestle feet.

Indigenous to the House. Identifiable on a 1936 inventory