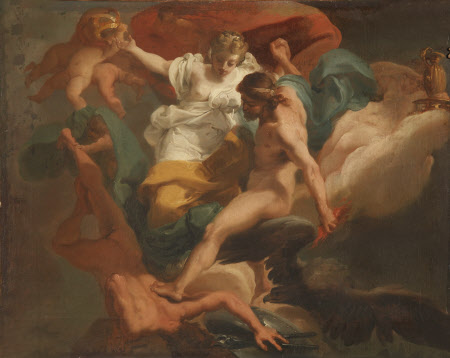 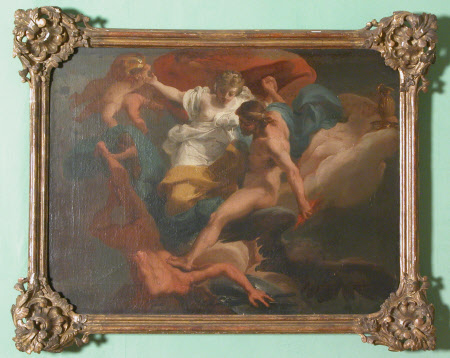 Oil painting on canvas, Zeus with Hera expelling Hephaestus (previously called Zeus with Cybele expelling Chronos) by Gaetano Gandolfi (Emilia Romagna 1734- Bologna 1802), 1761/69. A naked Zeus, with eagle and thunderbolt with his left foot on the back of a naked boy, Zeus's right hand holds the hand of a goddess, dressed in a plain white dress; putti hold the leg of the falling male figure. This is, as related in Homer's Iliad (1.590) the expulsion of Hephaestus (Vulcan) by Zeus (Jupiter) accompanied by Hera (Juno), gesturing to three gold crowns being held up by putti, whom her son was trying to stop her quarreling with the god.