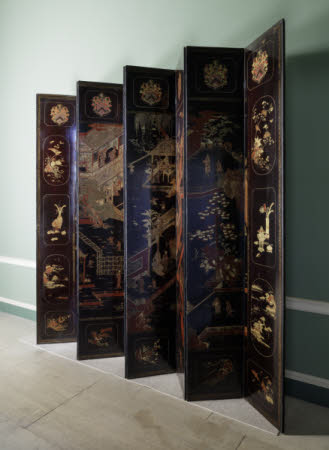 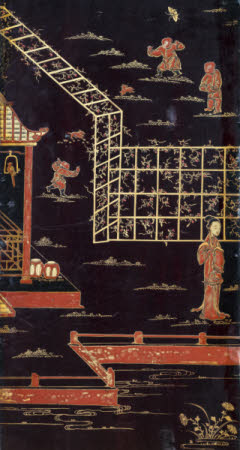 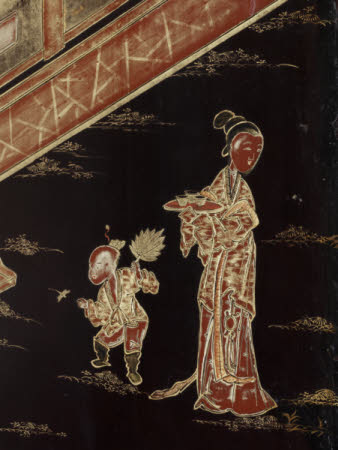 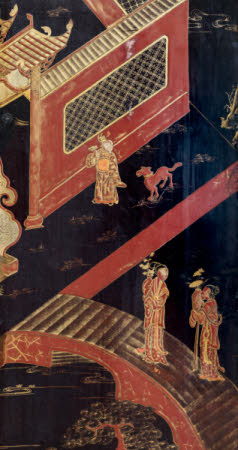 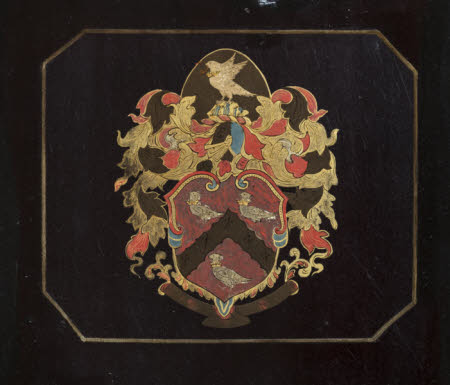 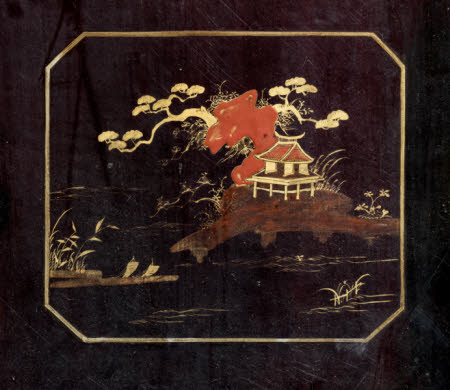 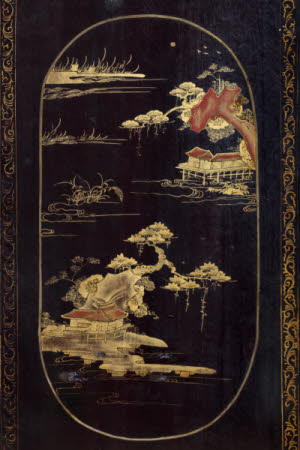 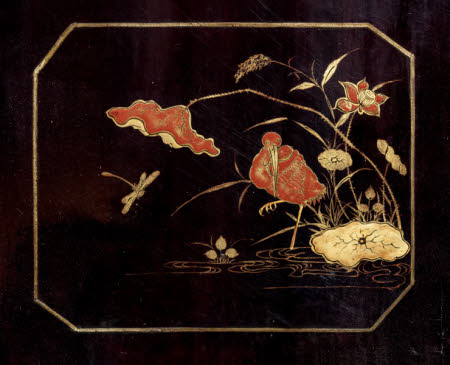 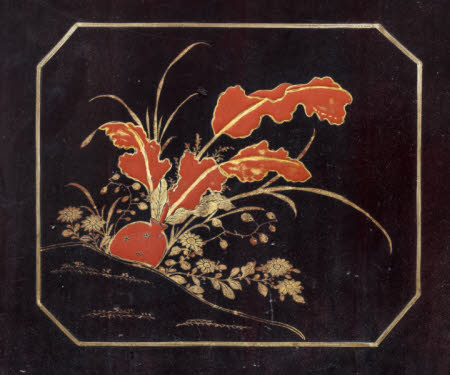 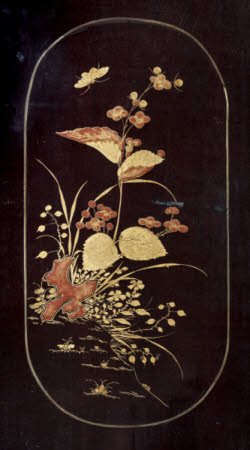 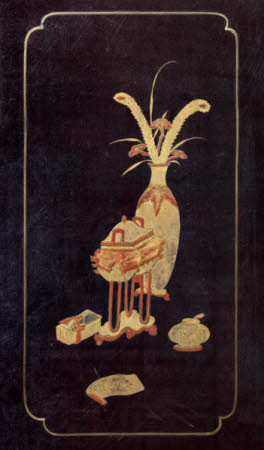 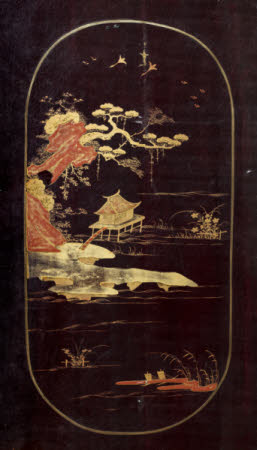 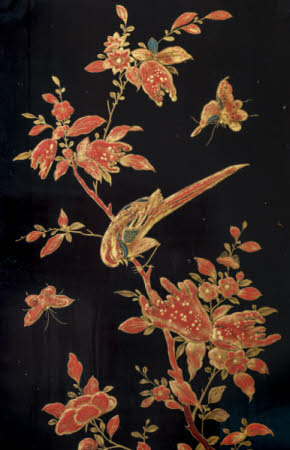 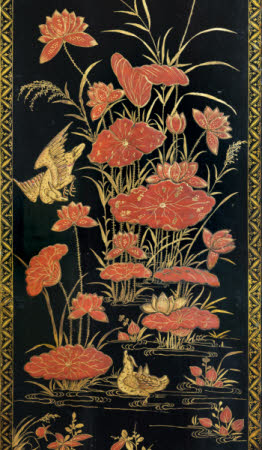 An eight-fold screen, Chinese Export, probably Guangzhou (Canton), circa 1715-20. Part of a larger group of sixteen pieces of armorial Chinese Export furniture at Osterley, comprising ten hall chairs [NT 771891.1.1-.6 owned by the National Trust; NT 773356.1-..4 the property of the Earldom of Jersey Trust]; a side table [NT 773362]; a dressing box or casket [NT 771891.3]; a single chest on later stand [NT 771891.4] and a pair of chests on later stands [NT 771891.5.1 & .5.2]. Of black lacquer upon a substrate and with a softwood core. Decorated in a palette of red, gold and silver. The front decorated with a central scene of a palace in a garden setting, with trees, decorative rocks (gongshi), pavilions, a pergola and a bridge, populated mainly by women and children engaged in various activities. This central scene all within a border of repeated splayed elongated leaves forming a chevron, between the leaves a delicate stalk or sprig of stylised foliage, all within gold lines and surrounded on the sides and the bottom by reserves with birds and flowers, landscapes, and luxury objects signifying cultivation and refinement, and along the top with reserves containing the arms and crest of Child, as granted in 1700, 'gules, a chevron engrailed ermine between three eagles close each gorged with a ducal coronet or', before a foliate mantling, beneath the crest, 'on a Rock proper an eagle rising argent holding in the beak an adder proper', on a torse. The back decorated with bird-and-flower scenery, with one hanging-scroll-like picture on each of the six central panels of the screen, showing flowering and fruiting plants and trees including peony, Buddha’s hand citron, lotus and cherry, rising from grassy or watery foregrounds, interspersed with decorative rocks ('gongshi') and with birds and insects including egrets, butterflies, ducks, hummingbirds, magpies, chickens and crested mynas. The central hanging-scroll-like images surrounded on all four sides by reserves with birds and flowers, landscapes, and luxury objects signifying cultivation and refinement. The screen once with simple block feet, now lacking. The hinges probably replaced and now beneath edging strips of leather. The decoration re-touched in places.