Landscape with Horseman and a Cart 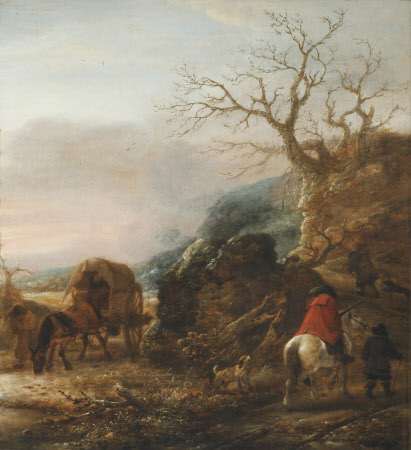 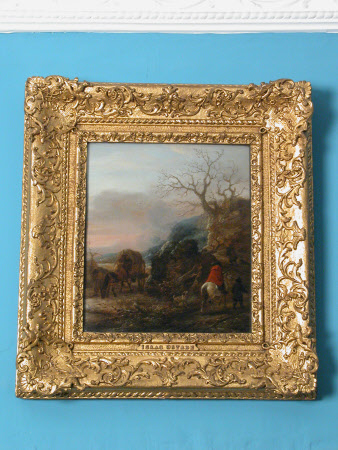 Oil painting on canvas, Landscape with Horses, in the manner of Isack van Ostade (Haarlem 1621 – Haarlem 1649). Cart with two horses riding alongside a rock with a dead tree. To the right a man with a red coat on a white horse with a man and four dogs behind him. This was originally catalogued as by Isack van Ostade (1893 Catalogue, p. 183) but it was not listed as such by Hofstede de Groot (iii, 1910) and the ascription has no longer been accepted for some time. Despite its poor quality it may be a 17th century work, though the possibility that it is a later copy cannot be excluded. [From V&A description]