The Rape of Hippodamia 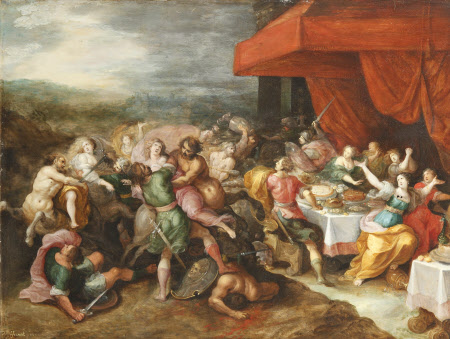 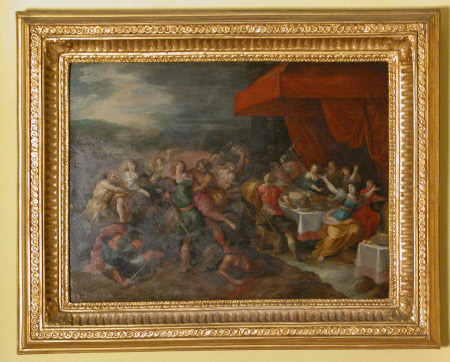 Oil painting on panel, The Rape of Hippodamia by Frans Francken II (Antwerp 1581 - Antwerp 1642), signed in yellow, bottom left: ffranckAIN. With brand of the city of Antwerp, and the panel-makers's monogram: MV. Hippodamia was the bride-to -be of Pirithous, King of the Lapiths, who had invited the Gods and his neighbours the Centaurs - half man and half horse - to his wedding-feast. Mars was not invited, but had his revenge by inciting the drunken centaur Eurythion/Eurytus to sexually assault Hippodamia. In the fight that ensued, Hercules, Theseus, and Pirithous himself, won the day for the Lapiths. It symbolises the victory of civilisation over barbarism. The most notable representation of this subject was on the Parthenon (the 'Elgin Marbles'). The artist was one of an extended clan of painters active in the last half of the 16th century and the first half of the 17th, and the second of three to be called Frans, Frans II was the best and most influential of them. He specialised in small, richly-painted pictures, generally on panel or on copper, with numbers of figures; but these more often illustrate biblical, allegorical, or historical episodes, than relatively obscure classical scenes such as this.