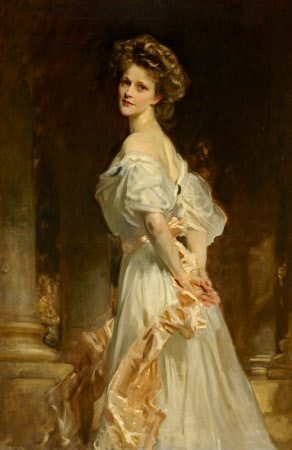 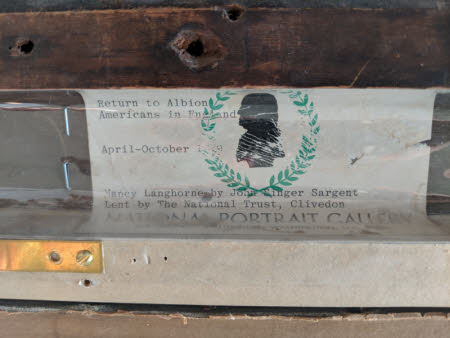 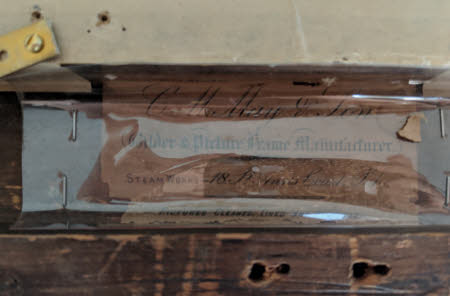 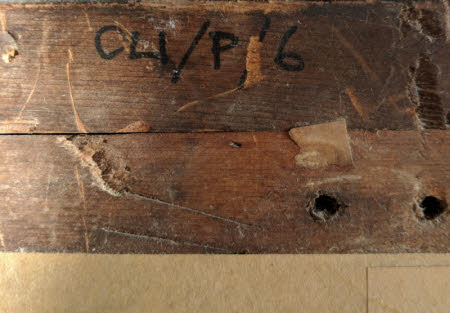 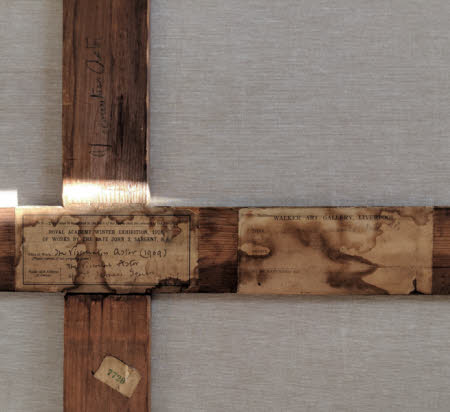 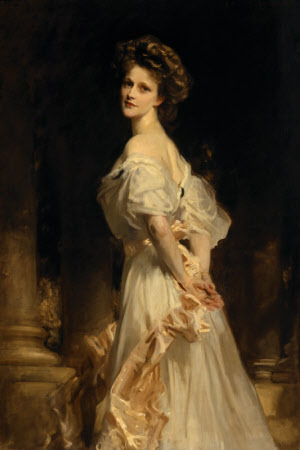 This portrait depicts the young Nancy Astor (1879–1964) as a society hostess following her marriage in 1906 to the politician Waldorf Astor (1879–1952). Charming, charismatic and often outspoken with a sharp wit, she was elected Member of Parliament for Plymouth Sutton in 1919, becoming the first woman to take her seat in the House of Commons. She and her husband, both American born, lived at Cliveden on the River Thames in Buckinghamshire, and regularly provided lavish entertainment to a wide circle of political and fashionable society. John Singer Sargent (1856–1925) was a celebrated society painter whose unconventional pictorial style, understanding of light, and skill in capturing likeness and character place him as one of the masters of 20th-century portraiture. His painting of Nancy captures her confidence, playful nature and elegant style, almost like a snapshot in time. It appears to celebrate female independence and vitality, in contrast to a long tradition of more passive and subdued poses for female subjects.

Oil painting on canvas, Nancy Witcher Langhorne, Viscountess Astor CH, MP (1879-1964) by John Singer Sargent, RA (Florence 1856 - London 1925), signed top right: John S Sargent, 1908. A three-quarter-length portrait of a young woman, Nancy, the Viscountess Astor, standing before a colonnade and turned to the left, looking back over her right shoulder at the spectator, her hands held behind her back. Her light brown hair is pinned up in the contemporary 'pompadour' style, and she wears a white dress with a pearlescent pink sash tied about the waist and in a bow at the back, its tails rippling to ground.

When in 1908 Nancy, Viscountess Astor sat for John Singer Sargent, the artist had largely abandoned commissioned portraits to concentrate on public mural projects in Boston. This portrait is one a few exceptions from this period showing the newly married Mrs Waldorf Astor as a captivating young woman. Sargent would again capture Astor's likeness in 1923, this time in a quick pencil sketch (National Portrait Gallery, NPG 2885) by which time her life had changed dramatically. In 1919 she became the first woman to sit as a member of the British Parliament in the House of Commons. Nancy Witcher Langhorne was the eighth of eleven children born to the Virginian industrialist Chiswell Langhorne and his wife Nancy Witcher Keene. After a short and unhappy first marriage in 1905 Nancy went to England with her son Bobby and sister Phyllis. She quickly ingratiated herself into English society and within six months of meeting Waldorf, 2nd Viscount Astor, the couple were married. They moved to Cliveden, a wedding gift from Waldorf’s father, and the Viscountess immediately set about redecorating what she called the ‘splendid gloom’ of the house with chintz, electric lighting, and huge floral arrangements. Her glamour and confident vivacity is captured here, in this shimmering portrait painted in 1908. The rippling pink ribbon expresses some of her capricious nature, the fluid pose inspired, perhaps, by a bacchante or one of Lady Hamilton’s ‘attitudes’. Turned to look directly at the viewer, the sharp, headstrong spirit that would characterise her career in politics can be felt. Winning her husband’s former seat as MP for Plymouth Sutton in 1919, Nancy Astor both baffled and charmed the British public. She was a master of repartee, a vocal supporter of working women and an ardent prohibitionist but became increasingly zealous and discriminatory towards the end of her career. The portrait was exhibited at the Royal Academy in 1909, Sargent writing to Astor: ‘you look beautiful in Room No. 1, beautiful but interesting. Many people tumbled to your captious and penetrating charm.... There is a glass over you...which I recommend you keep on...at Cliveden’.