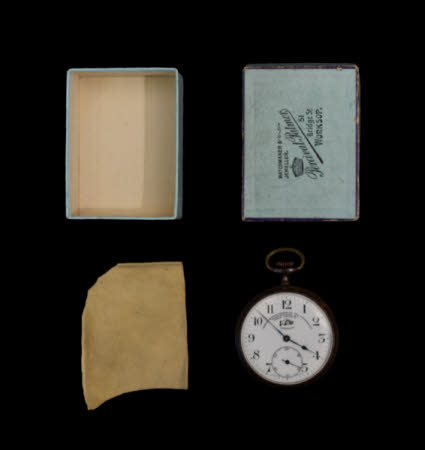 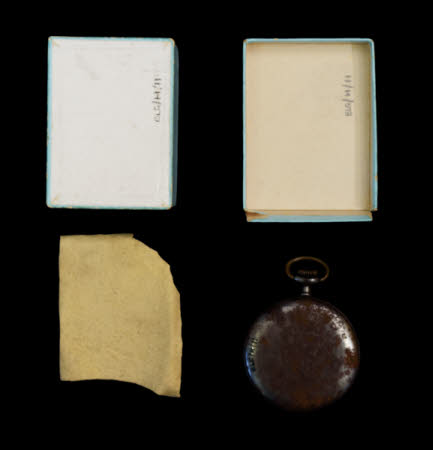 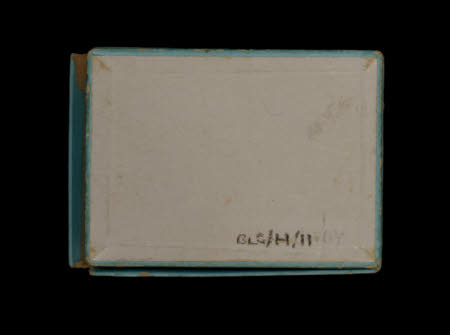 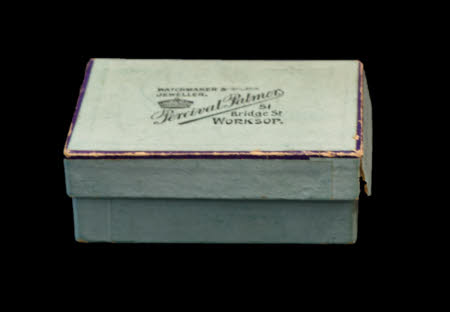 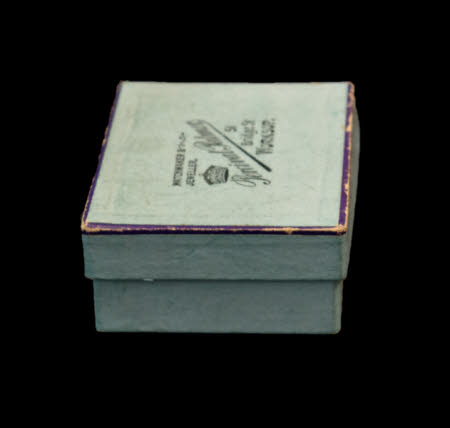 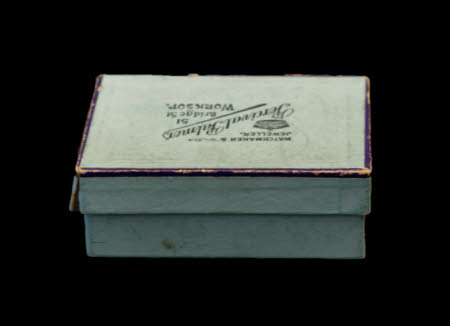 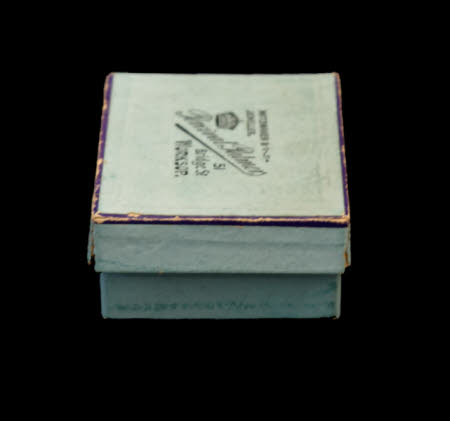 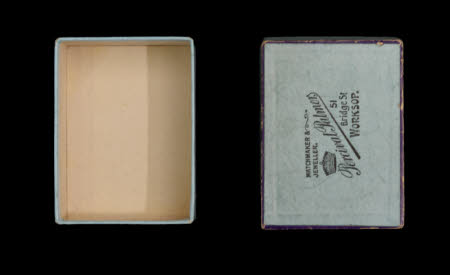 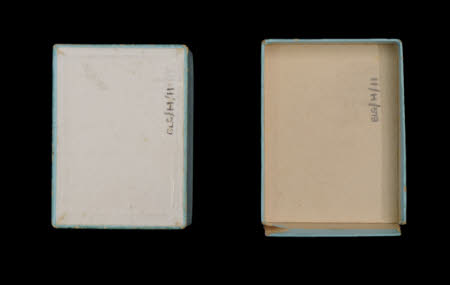 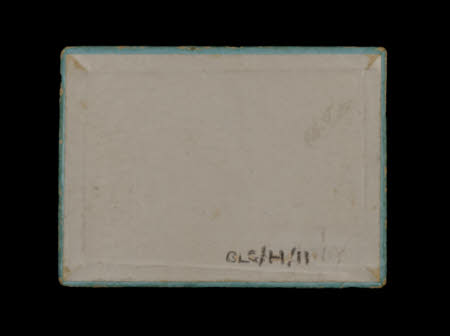 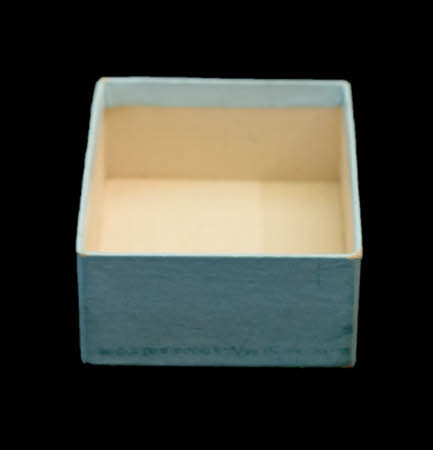 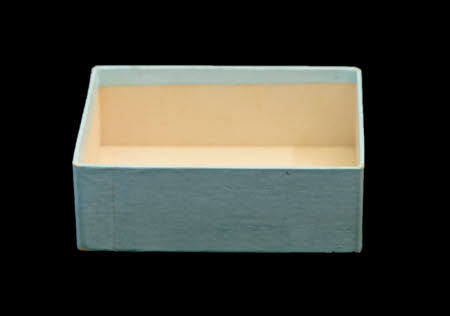 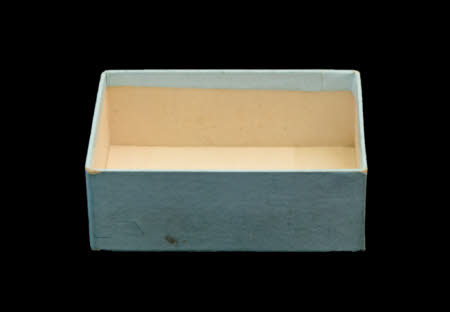 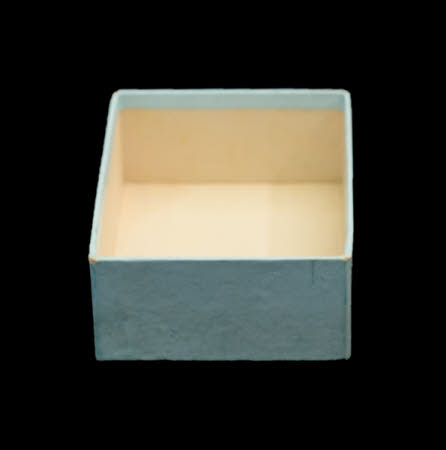 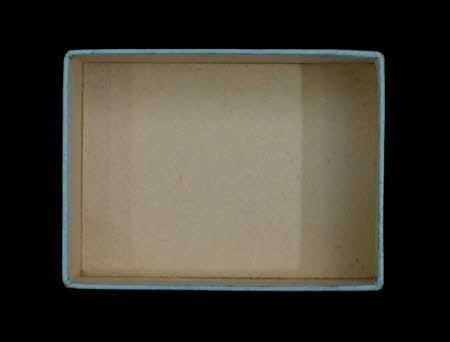 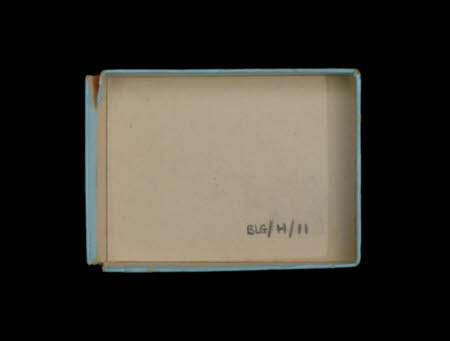 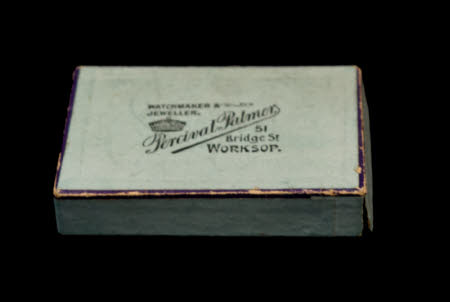 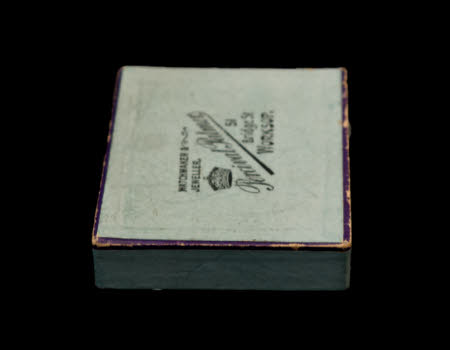 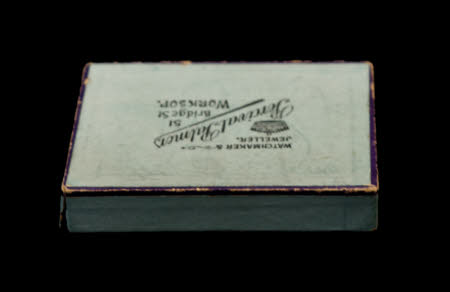 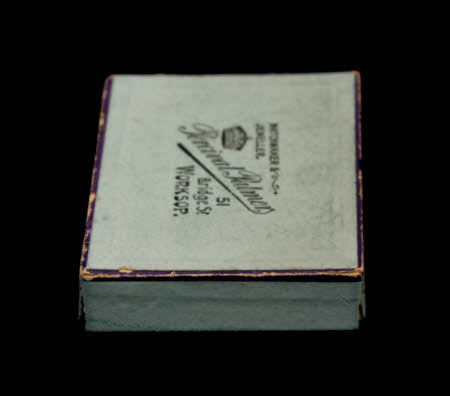 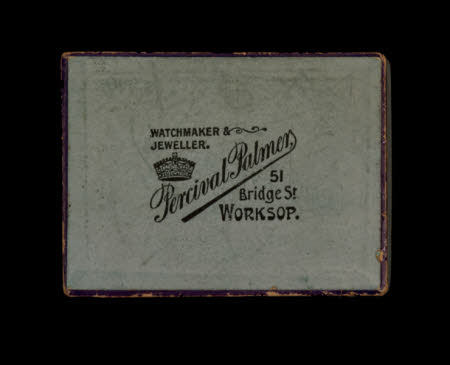 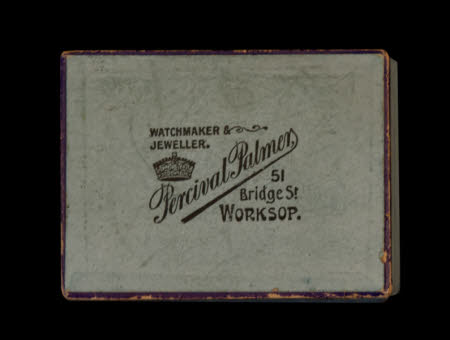 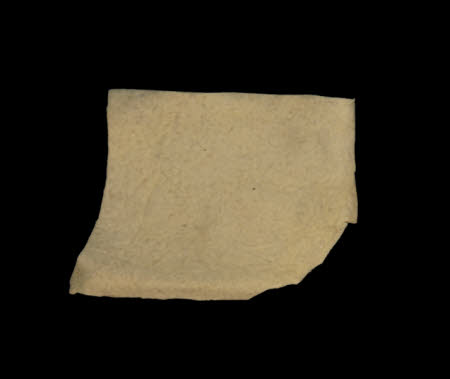 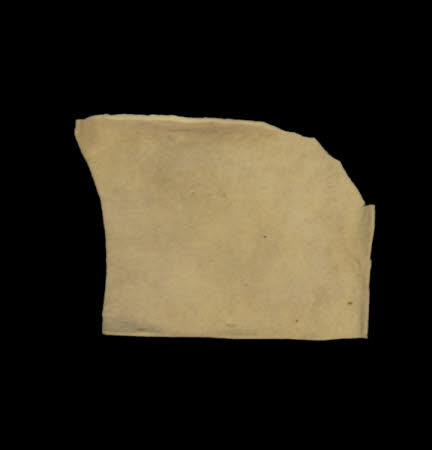 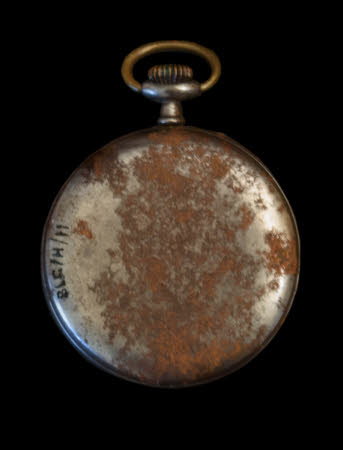 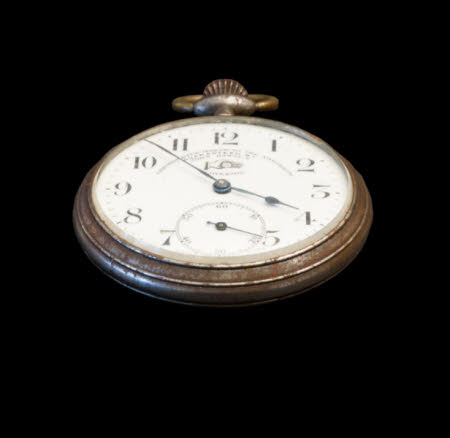 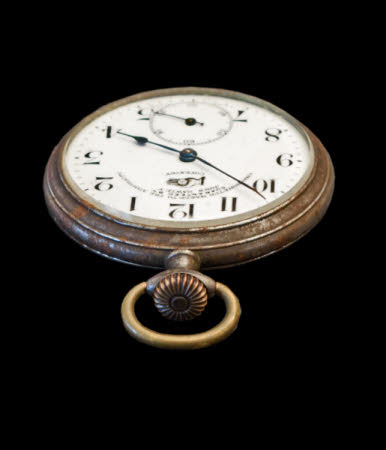 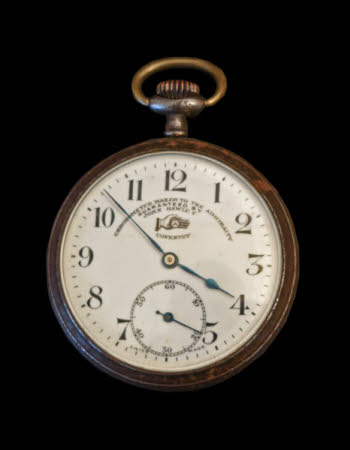 Blue cardboard watch box containing a small piece of chamois leather and a pocket watch. Box - two piece pale blue box. The base is coloured to the four sides with a plain white bottom and cream cardboard interior. The top of the box is coloured to all four sides and the top with a cream cardboard interior matching the base. The proper side to the lid is ripped down the two joining sides leaving it hinged along the top edge. The four top edges have a dark blue single line border with black text in the centre; 'WATCHMAKER & JEWLLER Percival Palmer 51 Bridge St. WORKSOP.'. Next to watchmaker is a small stylised line of scroll work and above Percival a crown. Watch - A metal pocket watch, tat has begun to rust on the back. With a top pin winder and metal hoop fob. The face is white with black markings. The numbers are written with two minute marks between, number six is missing replaced by a smaller dial marking the seconds numerically in tens and the seconds between. To either side of the bottom of the seconds dial 'SWISS MADE'. In an arc beneath the top numbers; 'CHRONOMETER MAKER TO THE ADMIRALITY GUARANTEED BY JOHN HAWLEY COVENTRY'. Between John Hawley and Coventry is a picture of a persons hand holding a pocket watch. Chamois - small piece of yellow chamois leather, kept at the bottom of the box under the watch.