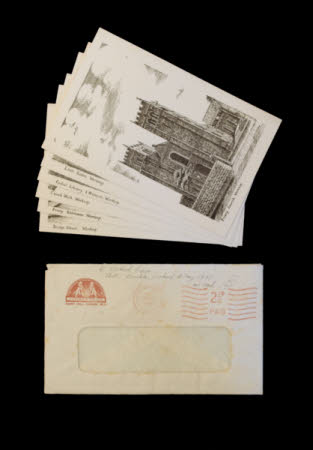 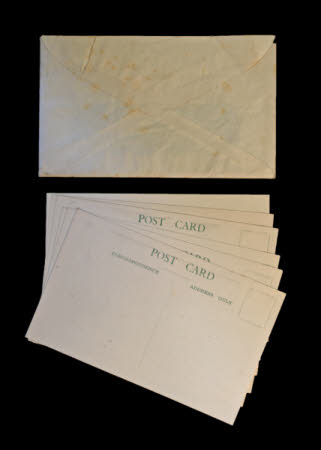 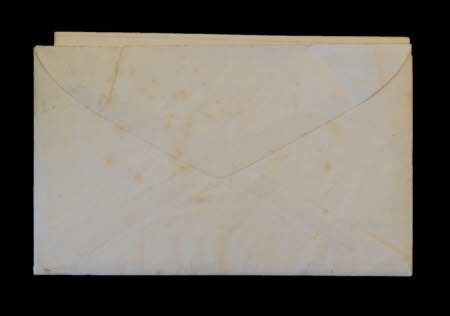 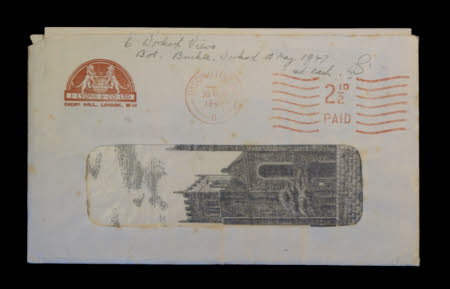 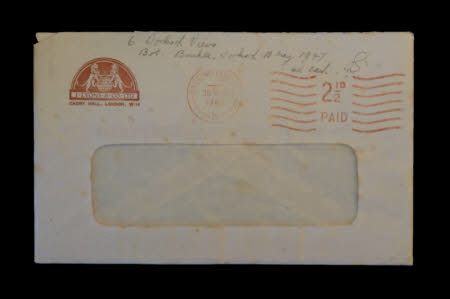 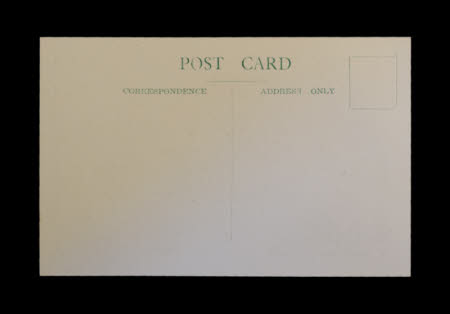 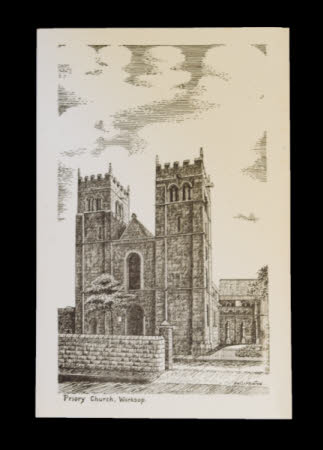 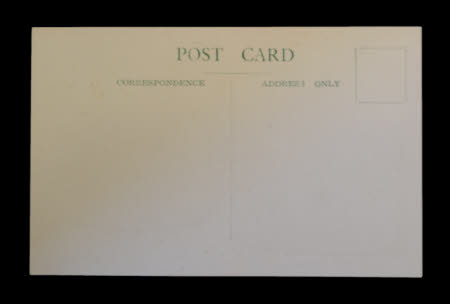 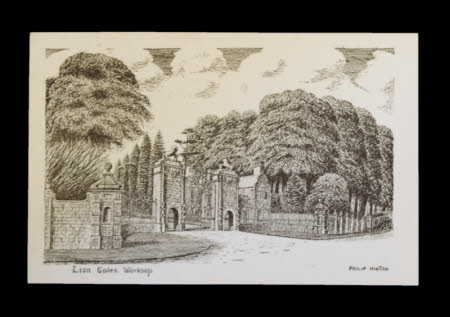 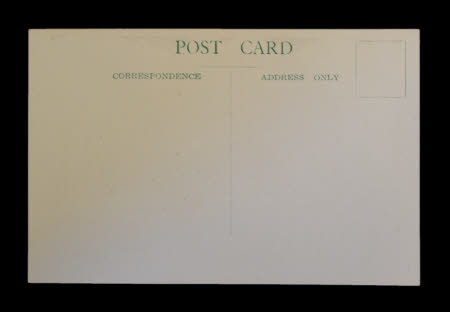 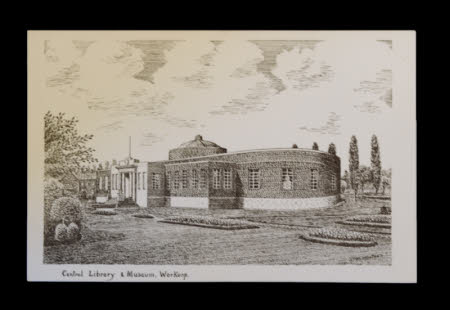 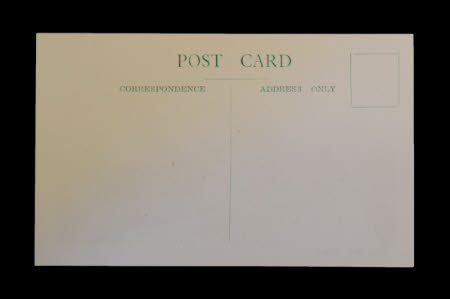 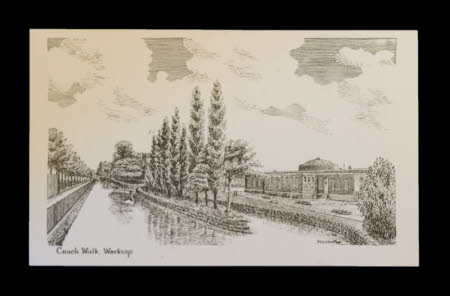 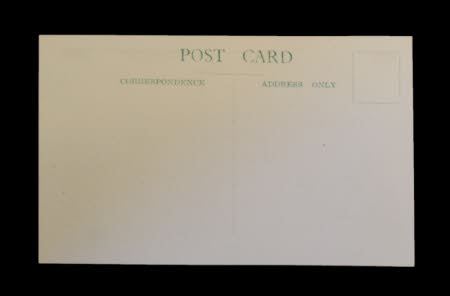 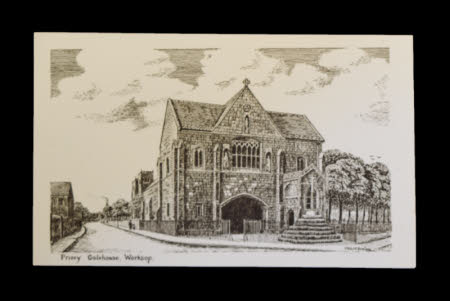 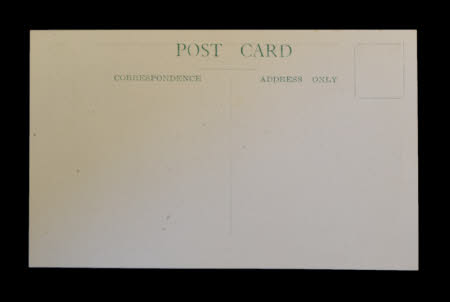 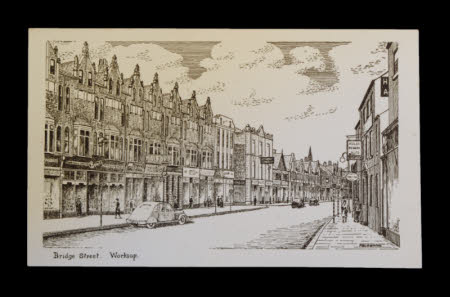 A set of six postcards of Worksop kept in a white envelope. Envelope - small white paper envelope of diamond construction with triangle top opening which has been stuck down with access via a slit. On the front printed in an orange brown in the top left corner a company logo. A half circle surrounding two lions mounting a globe above 'J . LYONS . & . CO . LTD'. Underneath this is printed 'CADBY HALL, LONDON, W.14'. In the centre next to this is a faded red circular postal mark 'PADDINGTON 30 NOV 1942 B' and to the right of this another of seven wavy lines broken in the middle by '2 1/2D PAID'. In the bottom half is a cellophane address window. At the top centre handwritten in pencil '6 Worksop views Bot. Buckle, Worksop 10 May 1947 4d each WS'. The six cards are; 'Priory Church, Worksop.' 'Lion Gates. Worksop' 'Canal Library & Museum, Worksop.' 'Canal Walk. Worksop.' 'Priory Gatehouse, Worksop.' 'Bridge Street, Worksop.'