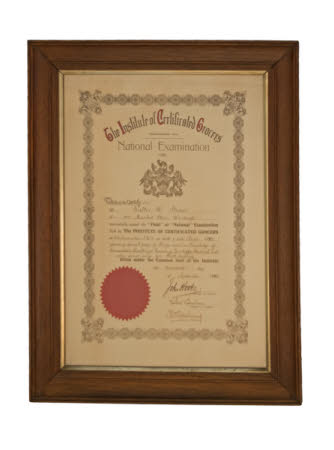 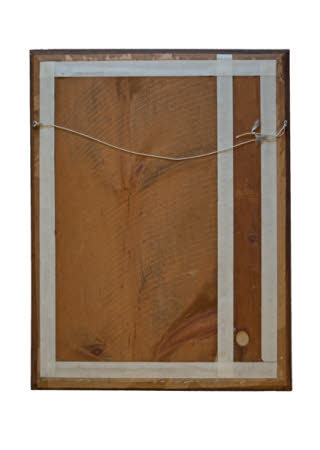 Although Walter was at school before his war service he also spent time helping his father, William Snr. , in the family Grocer’s & Seed Merchants. In fact, it was due to a letter written by his father to the War Office explaining that Walter had a position at the shop and was apprenticed there before the war that he was quickly demobbed. Walter went on to sit his grocers’ exams, passing with distinction his second-year local examination on 21 April 1920 and becoming part of The Institute of Certified Grocers in the July of that year. Both William and Walter served during the first world war, William received his call up papers in April 1918 and joined the 4th Battalion Leicester Regiment where he trained as a signaller. Walter joined on 22 November 1917 and following training, by 13 December 1917 was part of the Royal Army Medical Corps, stationed in Blackpool. Walter would eventually become part of the Royal Flying Corps, working out of a butcher’s shop in Hastings as part of the stores ensuring all the cadet training camps had their share of rations.

One of two framed certificates for 'The Institue of Certificated Grocers', 'National Examination' and '..elected Member of the Institute..' (record 748592.2). Plain mahogany frame with gold gilt inner holding; 'The Institute of Certificated Grocers INCORPORATED 1909 NATIONAL EXAMINATION 1922 (the first two has been changed from a '1') This is to Certify that Mr... Walter W. Straw.... of....102, Market Place, Worksop)..... Successfully passed the "Final" or "National" Examination held by The INSTITUTE OF CERTIFICATED GROCERS at....Westminster, S.W.1 on 14th & 15t June 1922.... ...gaining special prize of £5. for merit in Knowledge of ...Commodities, Parceling & Invoicing, Tea & Coffe Practical Tests:.. also second prize for Book Keeping. Given under the Common Seal of the Institute this... twentieth....day of....September....1922 John Hooke Chairman of Council Arthur Sentine Member of Council C.L.Treeding Secretary'.