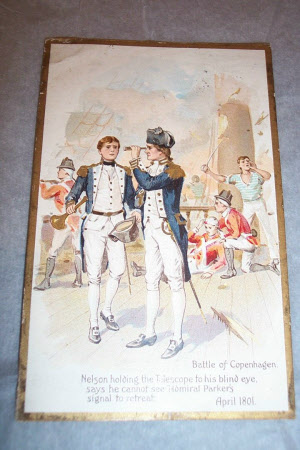 Print, coloured postcard, Horatio Nelson, 1st Viscount Nelson (1758-1805) at the Battle of Copenhagen. Text reads 'Battle of Copenhagen. Nelson holding the telescope to his blind eye, says he cannot see Admiral Parker's signal to retreat. April 1801'. Originally produced as part of a set of eight, this one is the only one in the collection.