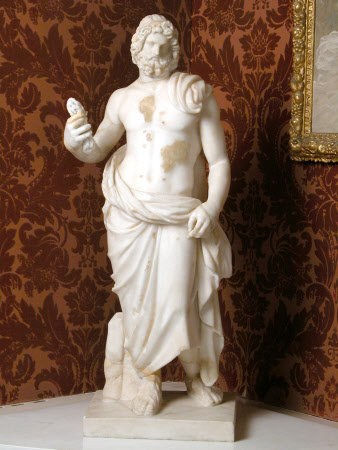 Marble sculpture, Zeus, Greco-Roman, 1st century - 2nd century AD Roman. A small statuette of the mature, bearded Zeus is represented in heroic semi-nudity; in his right hand the Father of the Gods holds his powerful attribute, the thunderbolt. The prototype of the Stourhead Zeus may have been a late fourth-century BC work.