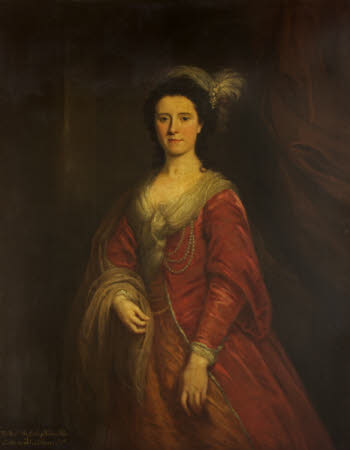 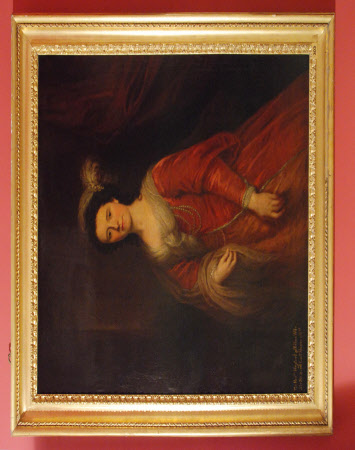 Oil painting on canvas, Possibly Henrietta Boyle, Mrs John O'Neill (1755/6 - 1793), possibly by William Hoare of Bath, RA (Eye 1706 – Bath 1792). A three-quarter-length portrait of Mrs O'Neill, slightly towards the left, wearing an orange dress with a red cloak and a muslin at her neck, and an aigrette and stole which falls from her shoulder over her right arm. Impossibly inscribed as the wife of Sir Richard Colt Hoare but a variant of STO/P/117. Mrs O'Neill was the only daughter of Susannah Haore's first marriage to Viscount Dungarvan, who married John O'Neill in 1777.

Stourhead 1838: Inventory of Heir-Looms at Stourhead directed to be taken by the Will of the late Sir Richard Colt Hoare Bart. with the state and condition thereof, 1838 , pp. 20-21, in the Entrance Hall (though listed under the Saloon), as ‘A Portrait of Miss Boyle?’