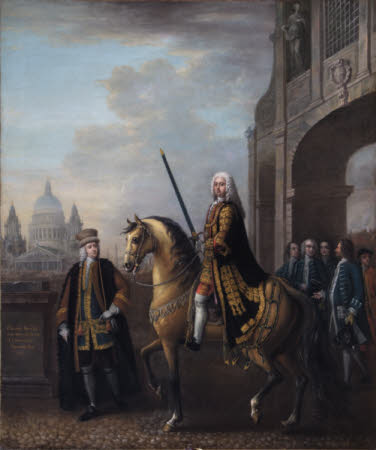 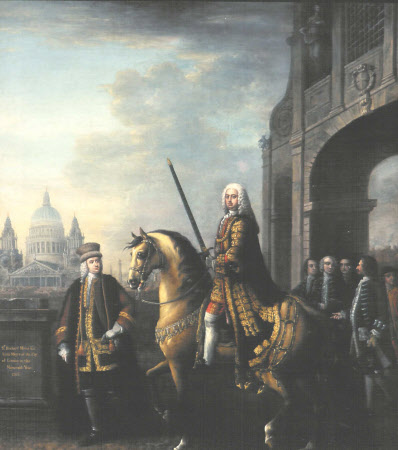 Oil painting on canvas, Equestrian Portrait of Sir Richard Hoare (1709-1754), as Lord Mayor by John Wootton (Snitterfield c.1682 – London 1765), circa 1746, signed J. Wootton fecit. The Lord Mayor is seen returning from Westminster through Temple Bar, on the right, after presenting the City address to George II on 3rd May 1746 after the battle of Culloden and the suppression of the Forty-Five Rebellion. He carries the Pearl Sword point upwards as though he were in the presence of the Sovereign, as was the custom when presenting an address. The man in the fur cap, on the left, is Cotton King, who had assumed the office of swordbearer on 24th April 1746. The figure on the extreme right appears to be the Lord Mayor's bargemaster and the other figures are presumably members of the Corporation who accompanied him. In the distance, on the left, is St Paul's.