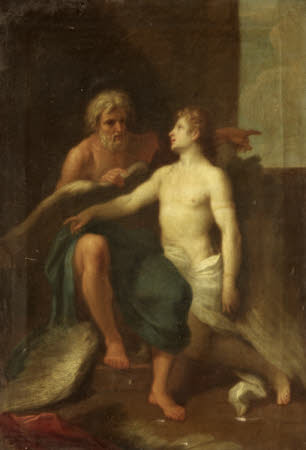 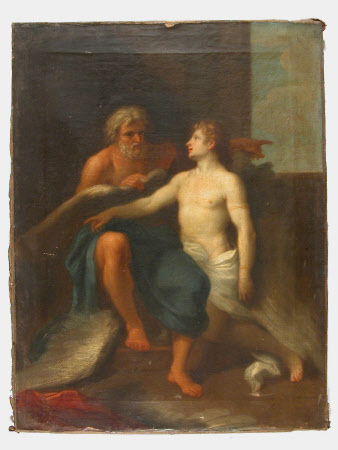 Oil painting on canvas, Daedalus and Icarus, attributed to Samuel Woodforde, RA (Ansford 1763 - Ferrara 1817). According to the Roman poet Ovid's Metamorphoses 8:183-235, both Daedalus and Icarus were imprisoned on the island of Crete. The father, a skilled craftsman, made them both wings to escape. The older, bearded man, Daedalus, sits in a blue cloak with a rusty skin-tone and affixes a wing onto his son, Icarus, who, with a pale complexion, kneels on the right, wearing a white garment only around his lower body. Deadalus also gestures a warning with his left hand to the landscape beyond on the right. Another wing lies on the floor at his feet on the left.