A Peasant being Shaved 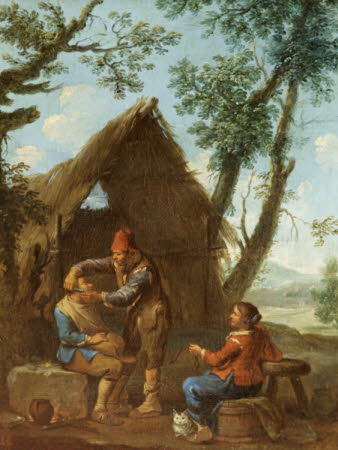 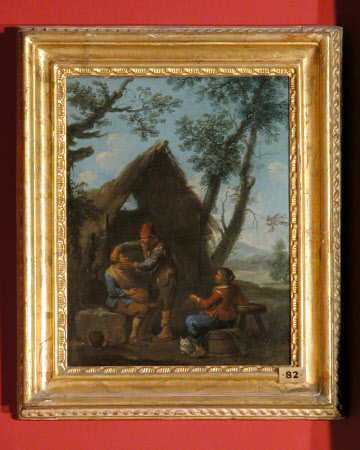 Oil painting on canvas, A Peasant being Shaved by Paolo Monaldi (1720 - 1799), initialled PM on the pot. An upright view of a peasant seated on a rock in front of a shelter in a landscape, on the left. A barber stands in front of him with his arms around his head and face shaving. On the right, a woman is seated, with her back to the viewer, watching with a cat, a stool and a barrel beside her.