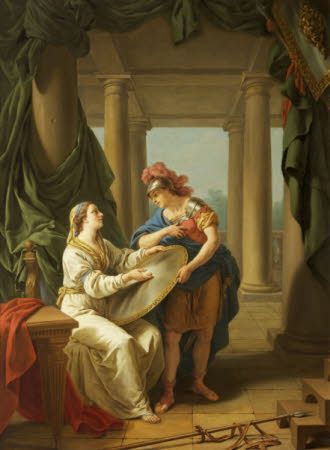 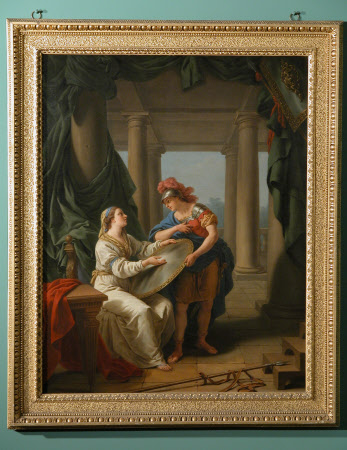 Oil painting on canvas, The Spartan Mother by Louis-Jean-François Lagrenée the elder (Paris 1725 – Paris 1805), signed and dated 1770. This elegant classical scene is a celebration of manly virtue in a domestic setting. When the paint was exhibited at the Paris Salon in 1771, the source of its subject matter was identified as Plutarch's Life of Lycurgus (75 AD), in which a Spartan matron sends her son off to war with the gift of a shield. She is seen here commanding him either to return the shield to her in victory, or with his corpse laid across it. The picture was bought from the artist by the Hoare family for the sum of 1,500 French Livres under the title Une Lacédémonienne donnant un bouclier à son fils.