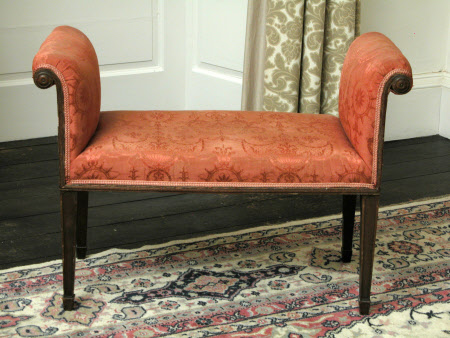 A mahogany and upholstered window seat, attributed to Thomas Chippendale the Younger (1749-1822) London, circa 1815. The padded seat and arms with scrolled terminals and raised on moulded square section tapered legs and spade feet. Later upholstered.

Probably supplied to Stourhead by Thomas Chippendale the Younger c.1815. Given to the National Trust along with Stourhead House, its grounds, and the rest of the contents by Sir Henry Hugh Arthur Hoare, 6th Bt (1865 – 1947) in 1946.