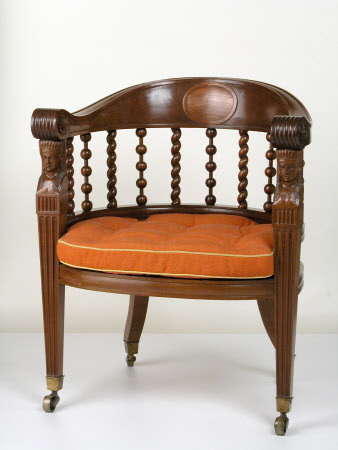 One of a set of eight mahogany Library Chairs - massive semi circular backs slightly arched and scrolling at the elbows, with central oval panels; on alternating spiral and bended splats, the arm supports on male Egyptian heads on tapering fluted uprights reaching to the castors; the bowed seats caned; with horsehair cushions.