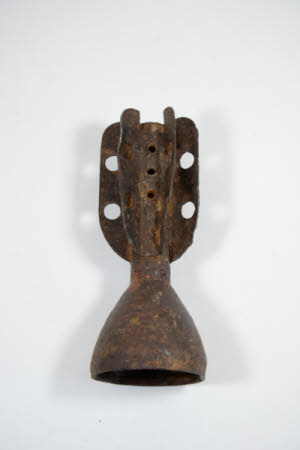 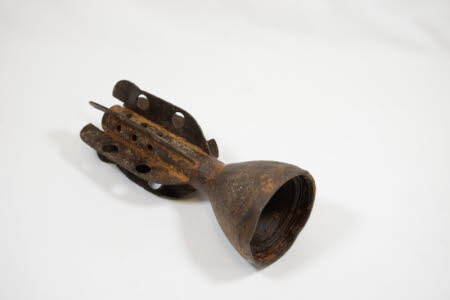 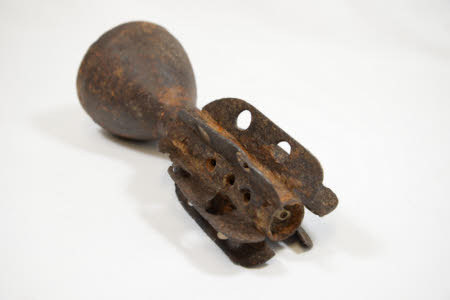 Believed to have been found in the grounds of Bodiam Castle. The Castle was not damaged during the Second World War, but a pill-box was built in the grounds. At that time, there was direct line of sight from the pill-box to the bridge. The Home Guard was tasked with protecting the bridge. In 2006 a former member of the Home Guard visited Bodiam Castle and shared his memories. Mr Tom Weeks recalled that although the pill-box was designed to hold an anti-tank gun, it never arrived and instead the men were armed with guns and rifles. A Spigit Mortar gun was stored in the Castle. When visitors were allowed to return after the war, they would have been shown the gun. Mr Weeks remembered that it was armed with a dummy bomb for training, but one day during a demonstration, the gun accidentally went off and blew the doors to the Postern Tower of their hinges.