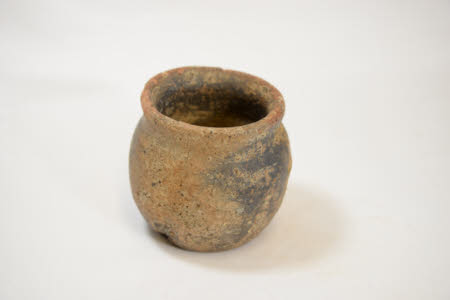 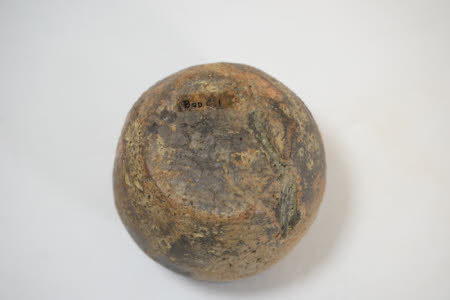 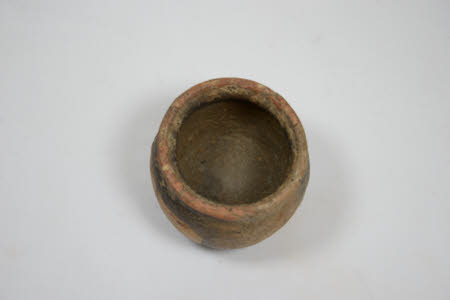 A cinerary urn, possibly originally found with four further examples (now lost), discovered in 1902 during the construction of the Bodiam rectory located to the north-west of the castle. The urn is one of the earliest surviving archaeological artefacts demonstrating activity in the Bodiam area. The cemetery was located at the side of the Roman road which ran from Rochester to Ore and crossed the River Rother at Bodiam. Historically attributed to a Wealden culture of La Tene III period c50BC-50AD (Dr E.C. Curwen cited by H. Whistler in Sussex Notes and Queries 8, 1940-1941). More recent examination has identified it as East Sussex Ware and extended its date range through the Roman period (Johnson, et al, 2000 (2) 113). As cremation burials are rare after the second century, and they were found close to the Roman road, a post-conquest date is suggested (Bodiam Castle CMP, 2016).