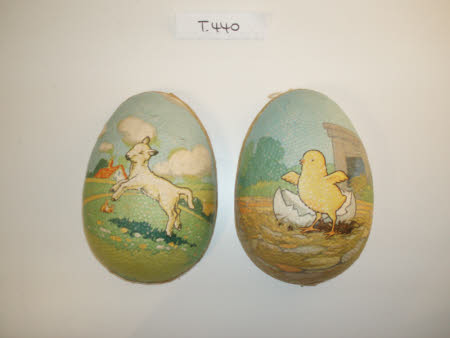 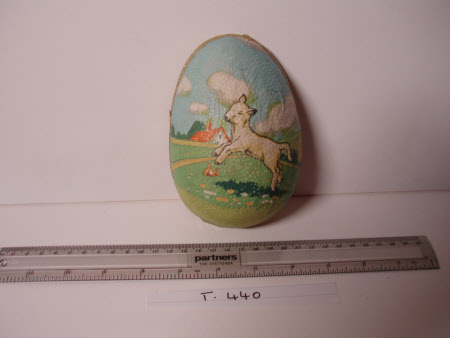 A cardboard Easter egg in two halves covered with a colour illustration on paper. One half depicts a yellow chick hatching out of an egg. In the background is the open hen house painted grey and some green trees. The other half depicts a white lamb frolicking in a green field with yellow and white flowers. There are also a pair of brown rabbits in the field. In the distance is a red roofed farmhouse. There are white clouds in a blue sky. The exterior edge of both halves is trimmed with gold coloured paper doily. The interior edge of the half depicting the chick hatching is trimmed with embossed and pierced paper imitating lace. Both halves are lined with plain cream paper. There is a loop of string, by which the egg could be hung up, attached to the inner top edge of the half depicting a chick. Total number of items is 2.