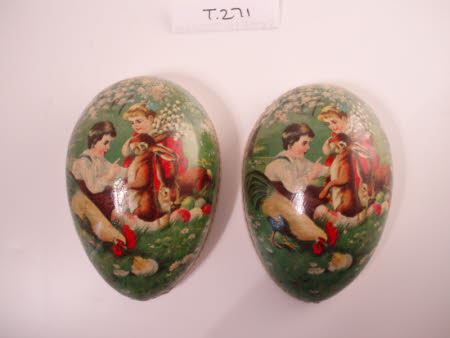 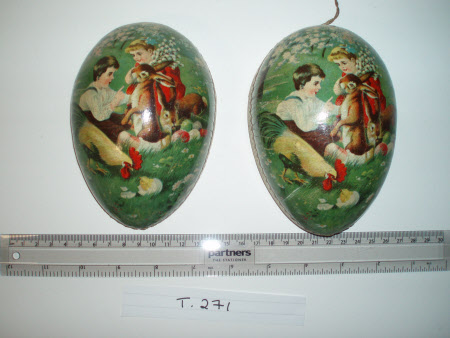 A cardboard Easter egg in two halves. Each half has an identical colour illustration on paper, depicting a dark haired boy on the left pointing at a brown and white rabbit standing on its hind legs. Behind the rabbit is a blonde haired girl dressed in red holding some twigs of pussy willow. Another rabbit sits in the grass behind some brightly coloured Easter eggs. In front of the boy, a cockerel leans forward to watch a chick hatching. In the distance are flowering trees. There are also flowers in the foreground. The outer edge of both halves is trimmed with a leaf shaped trim. The inner edge of one half is edged with a pierced and embossed paper trim imitating lace. The exterior of both halves is varnished. There is a loop of string attached to one half. The interior of both halves is lined with green and white paper printed with a geometric design. Total number of items is 2.