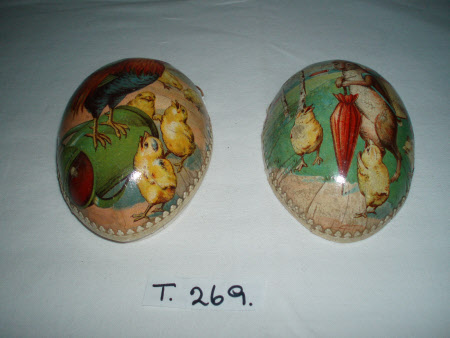 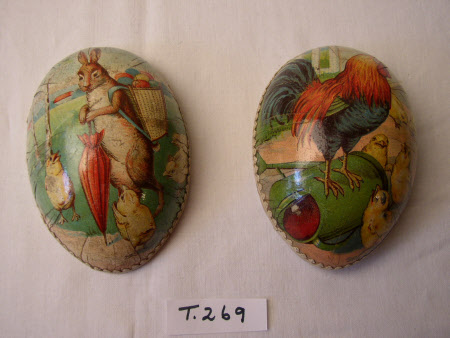 A cardboard (papier mache) Easter egg in two halves. One half bears a picture of a cockerel standing on a green watering-can, with five yellow chicks around him. The other half bears a picture of a rabbit, standing upright and carrying a basket of balloons on its back. It carries a red umbrella and there are four yellow chicks with it. Around the edge of each half is a white lacy paper edging, and one half has a cardboard collar which fits into the other half. Total number of items is 2. Possibly of German origin.