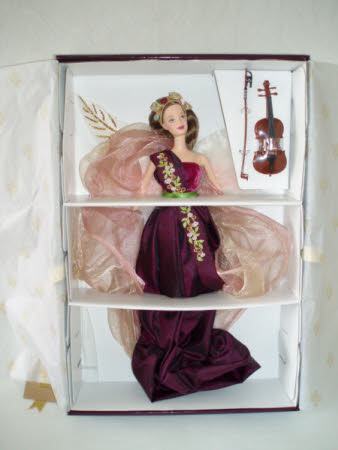 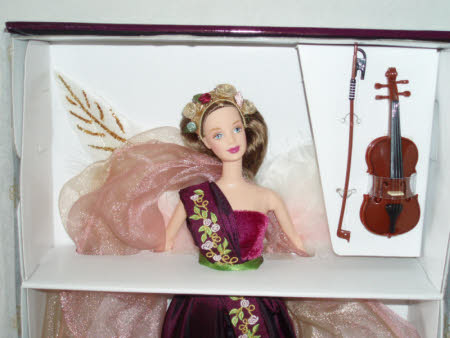 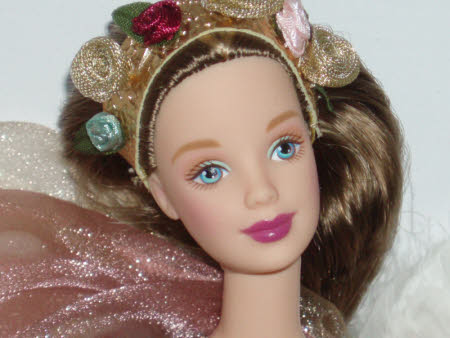 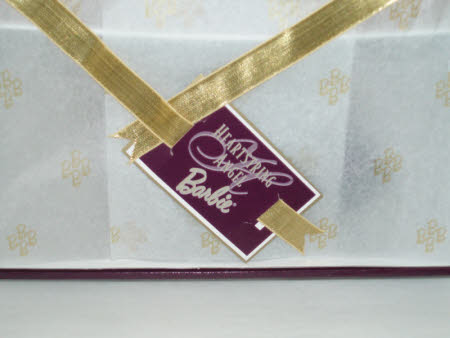 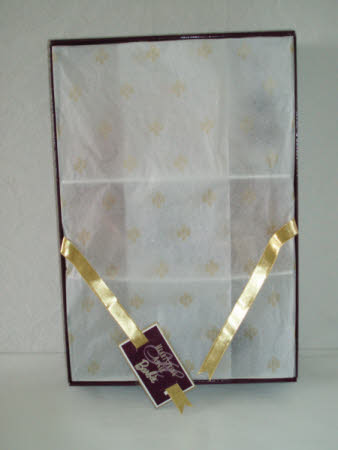 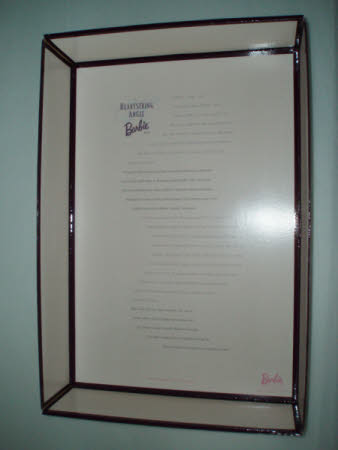 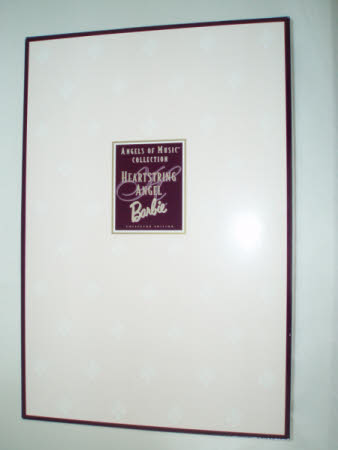 The 'Heartstring Angel' Barbie doll dated 1999 from the range of dolls called the ‘Angels of Music’. A plastic Barbie doll, with long brown hair, blue/green eyes, pink lips and pale green eye shadow. She is wearing a full length plum taffeta dress, with a purple velvet bodice. Over the top is a plum taffeta sash which has green, gold and white flower detail embroidery, tied with a green ribbon around waist. The doll rests on pink and golden organza fabric and has wings made of white feathers, decorated with gold glitter detailing. She wears a gold headdress, decorated with six flowers, which are gold, green, purple and pink. The doll comes with a clear acrylic stand, still attached to the box, and a plastic brown violin and bow. The doll is still in its original packaging, which comprises a cardboard box, with a purple base and a cream lid with purple edge detail. The Barbie logo of four B's bunched together is scattered across the box. Inside, the doll is fixed with cardboard pieces and wires holding doll in firm position, as is the stand. The violin and bow are held in place with clear plastic strips. The doll is covered with white tissue paper which has the Barbie logo on, in golden lettering. A golden ribbon is wrapped around, with a card label, which has title of doll, as seen on front of box. .