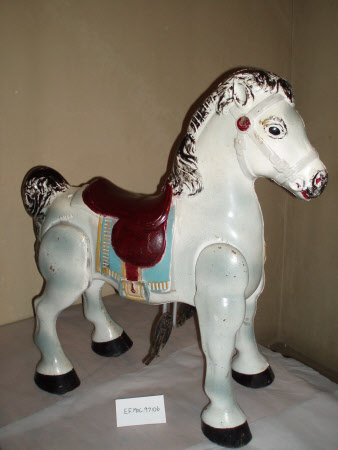 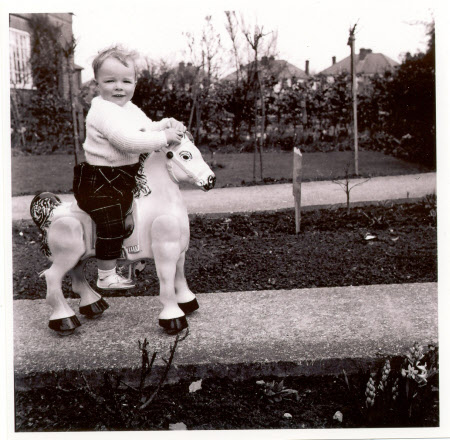 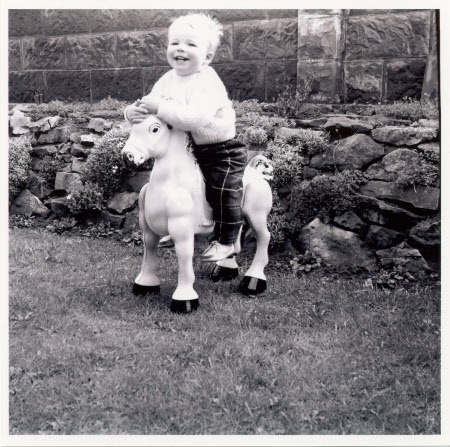 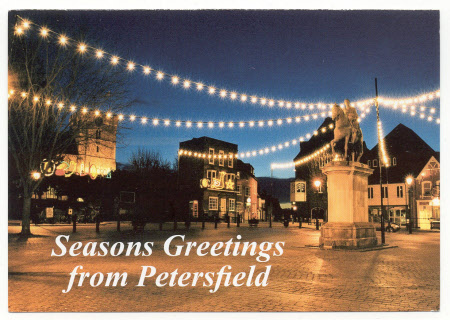 A metal ‘Mobo’ horse, known as a ‘Mobo Bronco’ (circa 1951). This model was made by D. Sebel & Co Ltd, in Bankstown, NSW, Australia 1951-1957. Mobo Toys' were made by D. Sebel & Co., Erith, Kent, England and from 1947 to 1972 and in Bankstown, NSW, Australia 1951-1957. He is painted grey and white with black mane, tail and hooves along with some photographs and a card. The horse’s saddle is maroon with a blue and white painted cloth. Black pedal raise and lower the horse with the help of the child's weight, moving it along on wheels at a canter. There are holes for reins beside the mouth but the reins are missing. The trademark ‘MOBO’ is embossed on pedals. The horse was named William after a statue in Petersfield in Hampshire, of King William III mounted on a horse (see colour photograph). Donor's father (who lived in Petersfield) renovated the horse in 1963 (for grandson David, then aged 17 months) and kept him at donor's parents' house for use during visits of donor's children (who lived in Derby). Damage occurred in late 1960s when twin boys tried to ride him together! Total number of items is 4.

On back of photographs: MOBO HORSE AT PETERSFIELD, HANTS. EASTER 1963