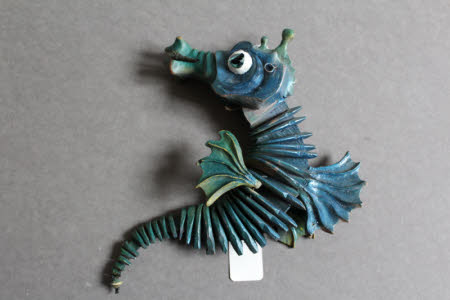 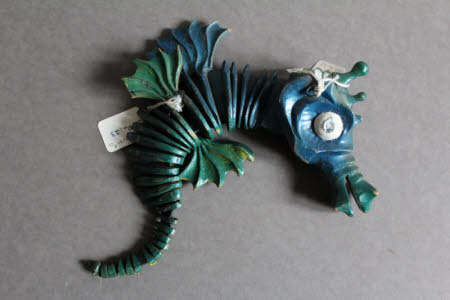 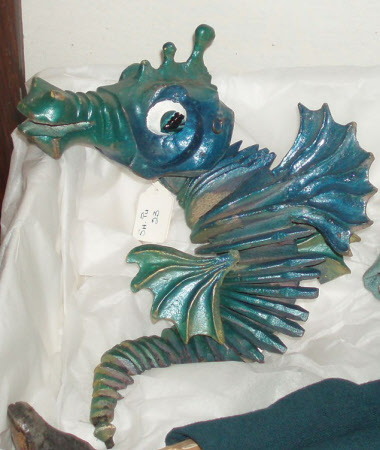 One of the puppets made for and used by the ‘Lilliput Marionette Theatre’. This marionette has been identified as a 'seahorse' and is from a play entitled 'The Little Mermaid'. It is without a control. It is made from carved wood in many segments, joined together by a strip of rubber which is quite broad where it joins on to the head, gets broader at the centre of the back, where there is a large fin, then tapers to the end of the tail. The tail has become detached in two small sections. The whole thing is painted in iridescent shades of green and blue, with small areas covered in glitter. There is a fin attached to each side just below the other fin, attached and allowed to flap by means of a piece of metal wire. The head has knobbly 'horns' on the top and a large eye on each side. One eye is painted white with a large blue metallic sequin stuck on with a black bead on top of that. The bead and sequin are missing from the other side. Total number of items is 3.

Donated to the Museum of Childhood by Mr E Hellawell in 1982.