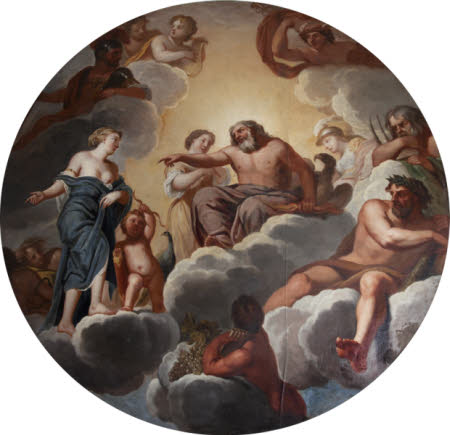 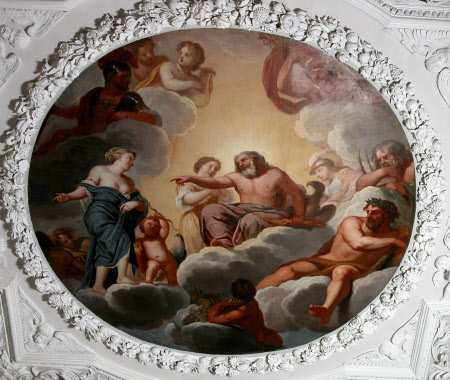 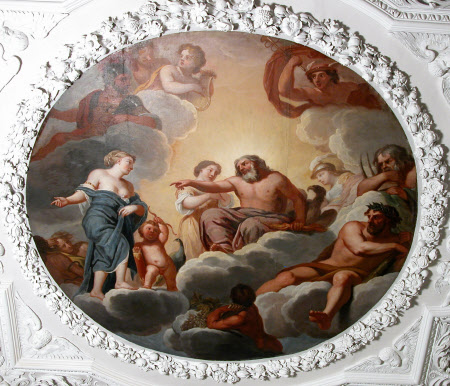 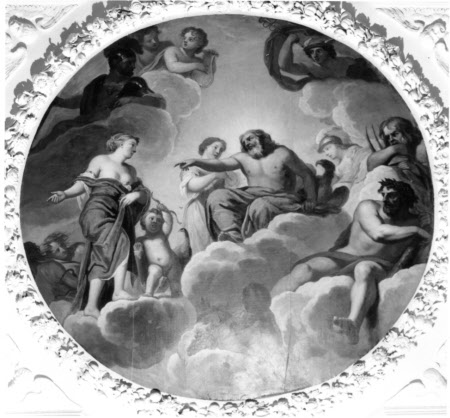 Oil painting on canvas (circular), Venus petitioning Jupiter on behalf of Aeneas, British (English) School, 18th century. The Council of the Gods shows a scene from the Roman poet Virgil's epic poem the Aeneid. Jupiter, in the centre, attempts to mediate between his queen, Juno (with a peacock) and his daughter Venus (standing), who have been arguing over the fate of Venus's son, Aeneas, the founder of Rome. Inset into the plasterwork of the ceiling.