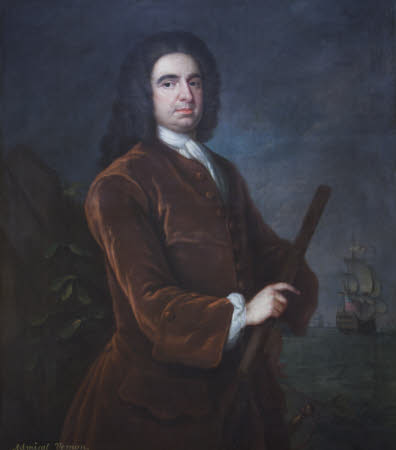 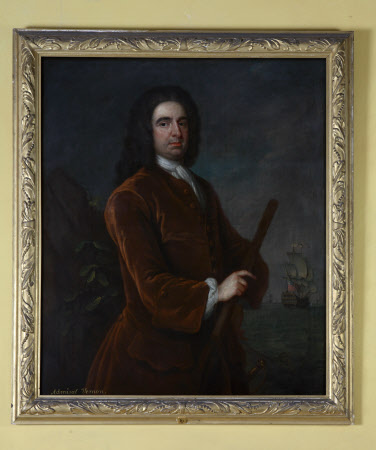 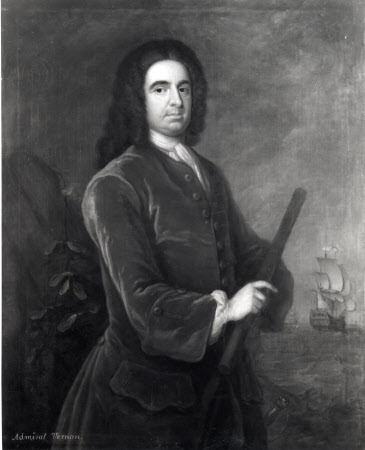 Oil painting on canvas, Admiral Edward 'Grog' Vernon (1684-1757) by Charles Phillips (London 1708 – London 1747), signed C Philips (CP in monogram), circa 1743. A three-quarter-length portrait, turned to the right, gazing at the spectator wearing a plum coloured coat with sword, with white cravat and long flowing wig, holding a baton in right hand with his flag-ship beyond at right of composition, behind him at left of composition are a rock and a tall green plant (a tobacco plant?), turned to left, facing front. Four inch deep gilt frame moulded in low relief pattern of leaves interspersed with single rows of berries. The flag-ship and tobacco-plant would presumably be connected with his command in the West Indies which he assumed in 1739. Exhibited in South Kensington, National Portraits 1867, No.327. Derby Fine Arts Exibition 1870 ( A similar portrait is owned by the Ministry of Works at the Admiralty)