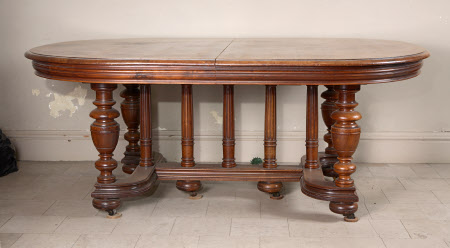 A mahogany extending table with deeply moulded frieze, 'D'-ended, raised on four turned supports united at each end by in-curving stretchers, themesleves united by a moulded rail, the whole supported on six bun feet with castors. The table further supported by five turned and fluted columns, raised on the stretcher rail.