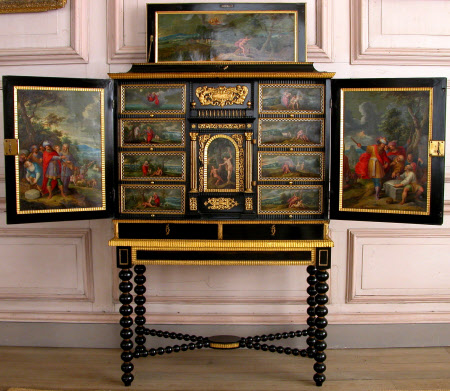 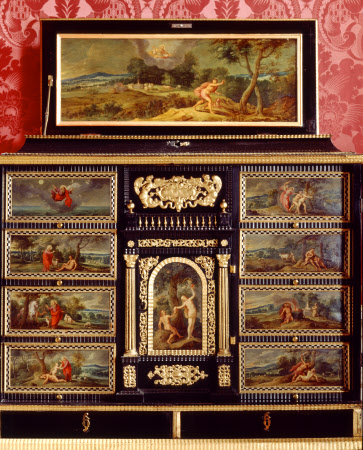 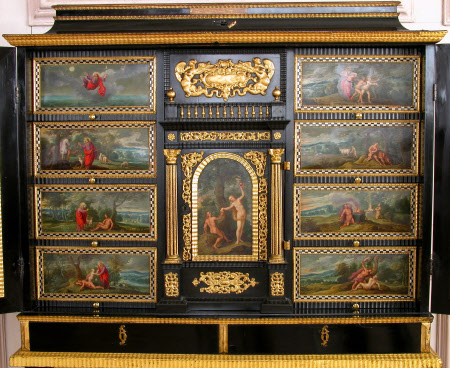 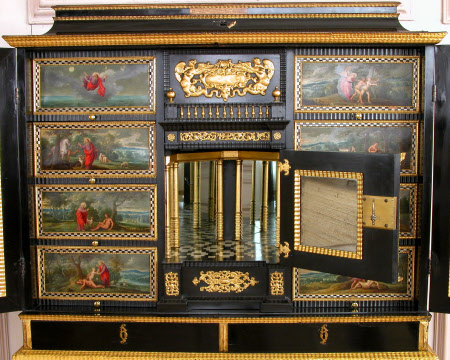 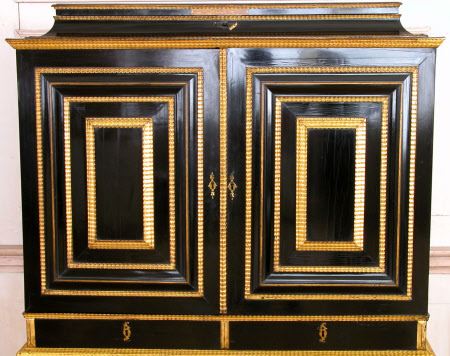 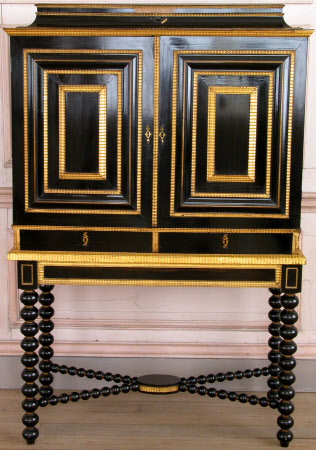 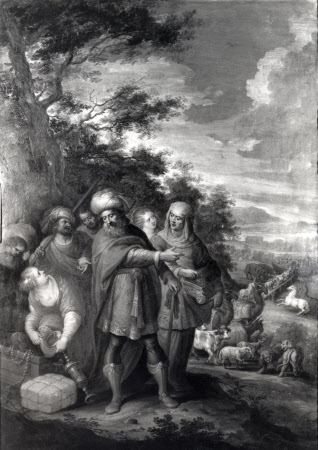 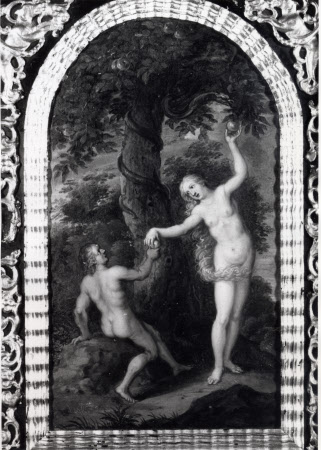 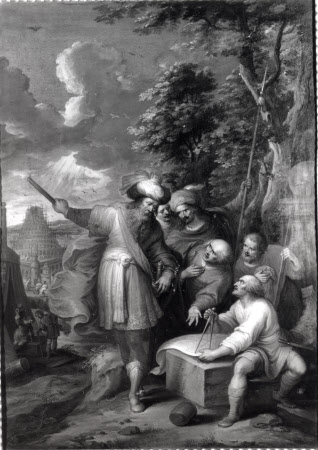 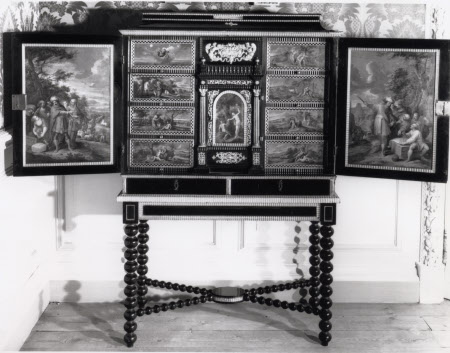 Frans Francken the Younger’s cabinet paintings depict historical, mythological or allegorical themes. Their size and portability meant that they were traded widely throughout Europe. He is best known for inventing ‘Kunstkamer’ (art room) paintings which show interiors hung with real or imaginary art collections to demonstrate how important art was in life at the time.

A Flemish ebony and parcel-gilt cabinet on a stand. The external doors have moulded borders surmounting a pair of frieze drawers. Inside is another smaller door which leads to a mirror-lined architectural shrine with ivory inlaid tessellated pavement and gilt metal pilasters. The doors and drawers are mounted with oil on copper biblical panels by Frans Francken. The images on the doors depict Noah and his family preparing to enter the ark and the building of The Tower of Babel. The drawers show the creation of the world; the creation of animals; the creation of Adam and Eve; Adam and Eve being driven from the Garden of Eden; Adam and Eve in the world; Cain and Abel sacrificing and Cain slaying Abel. The central panel is Adam and Eve and the Tree of Knowledge and the lid shows Cain fleeing after the murder of Abel. There is a handwritten ink inscription on a small piece of bare wood at the top of the cabinet which says: 'Cabinet painted by old Franck b.1546 d.1616. The Honourable William Warren Vernon.' 17th century. The cabinet was originally owned by Alice Banks Lady Borlace (1621-1683) wife of Sir John Borlace (1619-1672), William Warren Vernon (1834-1919) inherited the cabinet when four years old, at Brighton in 1838 being heir to the property of the late Admiral Sir John Borlase-Warren, G.C.B. (1753-1822). He was made a ward in Chancery. When William left 34 Grosvenor Place in 1898 to move to a smaller house the cabinet with some of the Borlase and Warren pictures by family arrangement sanctioned by the Court of Chancery, passed into the family collection at Sudbury in 1898.

Vernon collection transfered from the Treasury to the National Trust on the 30th October 1984.