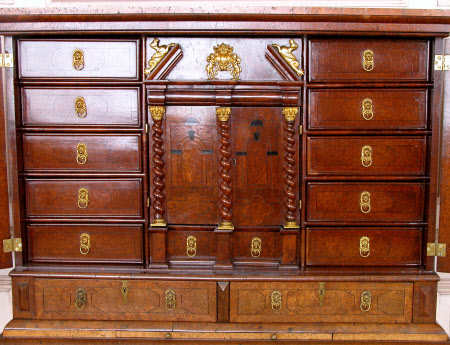 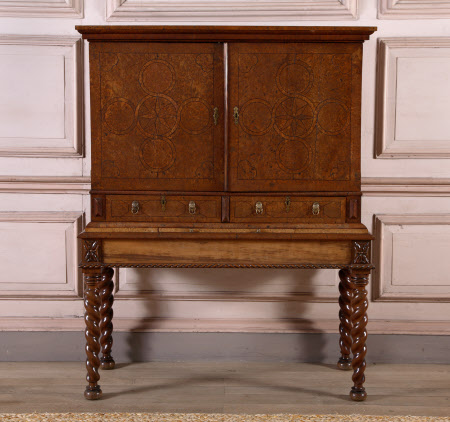 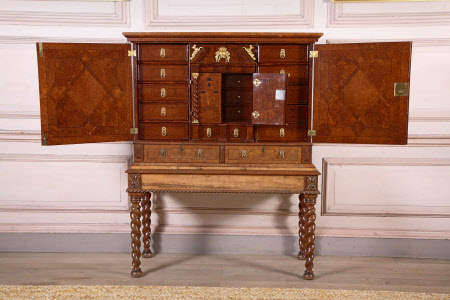 An early 19th century yew-wood veneered cabinet of late 17th century design with two doors, inlaid with an interlaced and starred design in ebonised stringing, enclosing an architectural interior with a cupboard flanked by drawers surmounted with chased giltmetal and containing two drawers and a slide below. On stand SUD/F/37b.