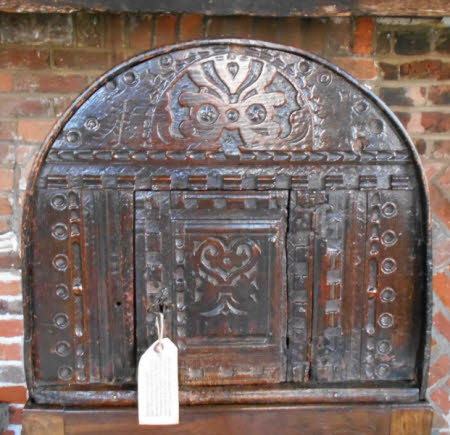 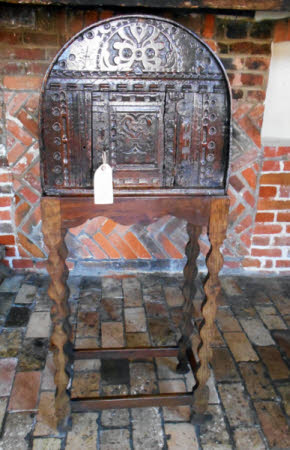 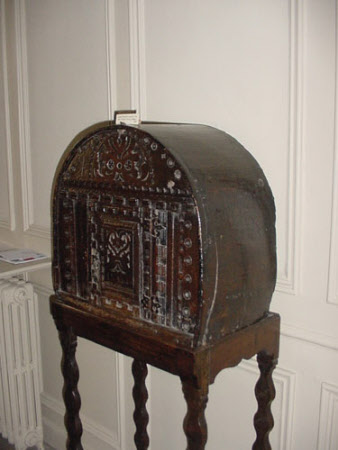 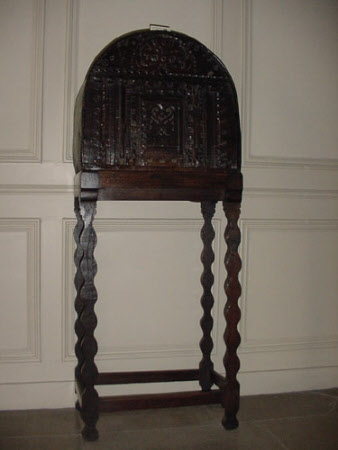 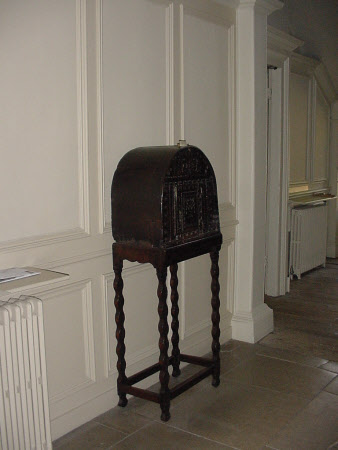 A boarded oak mural cupboard, Welsh, possibly Monmouthshire or Carmarthenshire, dated 1647 Constructed with a single plank storage riven oak bent salt secured by iron nails. The front carved with a geometric motif to for center of the arch with pin wheels herbs roundels incorporated fitted the design. The single cupboard door with a heart motif and framed by a castellated edge and flanked by further mouldings and roundels. The hinges have been replaced and the addition of a lock has been added at a later date. Carved with the date 1647 and the initials 'I' & 'M'

The construction of this cupboard is most unusual, the single piece of riven oak is steamed and bent, with the front and back boards attached and held in place with nails. The boards are from single planks of oak and the door is then cut out from the front board and re-attached with hinges. The addition of a date carved into the detail is also most unusual. Cupboards such as these were usually hung from a wall and were used to store food or precious items such as glass. Some are found set into wall spaces near fireplaces for the storage of salt and dried herbs and spices. See: Chinery, Victor 'Oak Furniture, The British Tradition' Antique collectors club 1979 pg.330 for similar examples. Bebb, Richard 'Welsh Furniture 1250-1950' Saer Books 2007 pgs.18 and 296

Bequeathed to the National Trust by Mrs Freeman in 1943.