Dying Gaul (after the Antique) 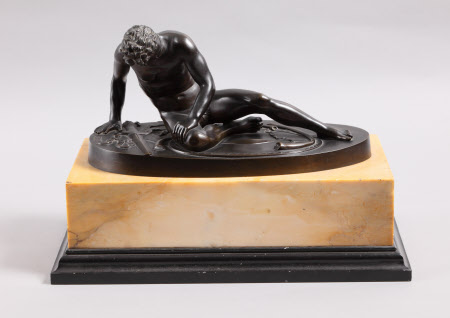 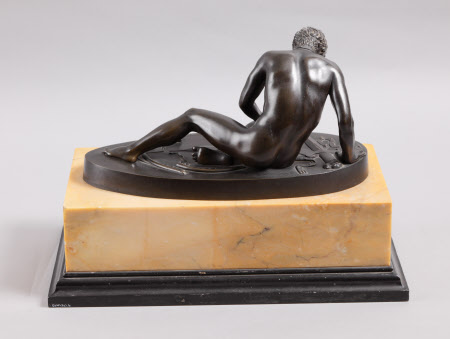 Bronze sculpture on an oval base mounted on a rectangular yellow marble plinth with a moulded black marble base, Dying Gaul, Italian, 19th century. Recumbent amongst weapons, one leg outstretched, supporting himself on one arm. A copy after the antique, the Roman original of which was first recorded in a inventory of the Ludovisi collection in Rome, 1623 and some time before 1737 it was acquired by Pope Clement XII (1730 - 40) for the Capitoline Museum where it now remains, although it spent some time in France between 1798 until 1816. Apart from many plaster casts it was famously cast in bronze by Luigi Valadier for the Duke of Northumberland at Syon House in 1773 and smaller bronzes had been made in the 17th century by Gianfrancesco Susini and Zoffoli in the 18th century. The pathos was immortalised in the fourth canto of Lord Byon's poem Childe Harold (1818): 'I see before me the Gladiator lie: He leaned upon his hand - his manly brow Consents to death, but conquers agony. And his droped head sinks gradually low - ...'