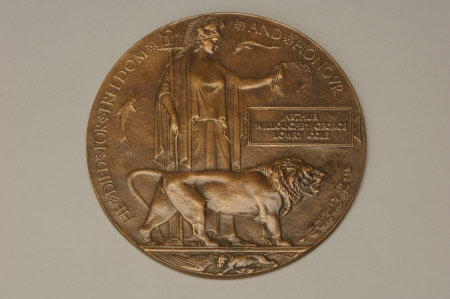 This item is a British Next of Kin Memorial Plaque, also known as a 'death penny', given to the families of servicemen and women killed or missing in the Great War. They were minted in 1919 and 1.25 million were made. This one refers to Arthur Cole, who died aged 54 of wounds received in France, and is buried there. He was a Brigadier General and member of the General Staff, and grandson of General Sir Galbraith Lowry Cole.

END_OF_DOCUMENT_TOKEN_TO_BE_REPLACED

Next of Kin Memorial Plaque (2)