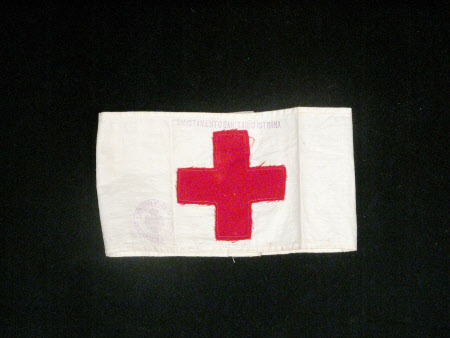 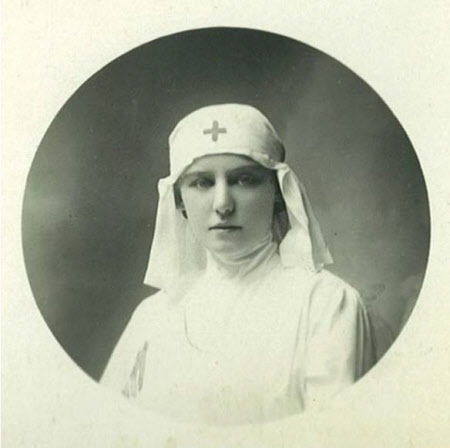 Before her marriage in 1919, the 8th Lady Berwick served as a Red Cross nurse in the First World War. Teresa later asked her mother to send over her aprons for “messing at Attingham” and played the piano in a charity concert to raise money for the Nursing Association.

One of two Red Cross armbands. Undyed cotton plain weave. Red wool 'flannel'. Machine sewn flannel cross on band. 1st World War period, 1914-1918. Part of the uniform worn by Edith Teresa Hulton, Lady Berwick (1890-1972) who worked for the British Red Cross at Cervignano in Italy, following the outbreak of the 1st World War, for which service she received the Croce di Guerra from the King of Italy. The Red Cross armband can be seen being worn by Teresa Hulton during her work in Italy in World War 1 in the following black and white photographs: National Trust Inventory Numbers 610177.154, 610177.155, 610177.157 and 610177.159