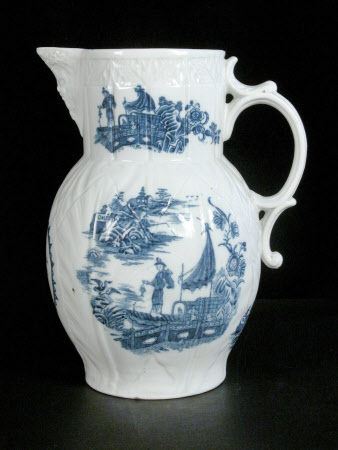 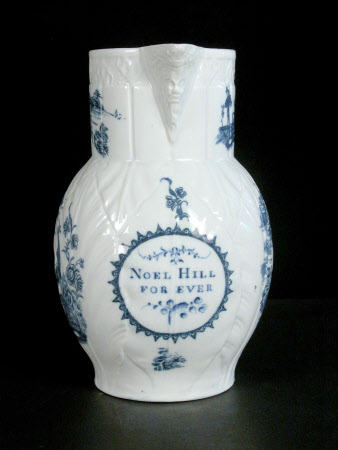 This election jug symbolises the political success of Noel Hill, leading him to build his new home, Attingham, on a grand scale and gain a title. Huge amounts of money were spent on securing votes and his son, 3rd Lord Berwick nearly bankrupted the family with his desire for success.

Election jug, soft paste porcelain, relief-moulded cabbage leaf form, cylindrical neck, bird beak mask spout and scroll handle, transfer-printed in underglaze blue with "Pleasure Boat" and "Fisherman" patterns and 'NOEL HILL FOR EVER' in roundel with floral sprays on front of jug beneath the mask spout. Manufactured by Caughley Porcelain Works to commemorate the General Election of 1780 in which Noel Hill, the builder of Attingham, won the support of his friends in Shropshire to become MP for the county. In 1784 he won the Prime Minister Pitt the Younger's lasting gratitude and a title, as 1st Lord Berwick, for supporting him on the East India Bill. It was previously thought that the jug was created for the 1774 General Election, however, research by the Caughley Society members have confirmed the later date of about 1780.