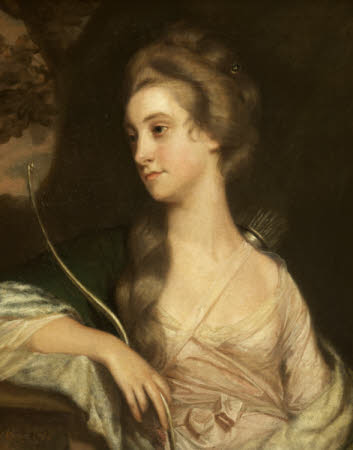 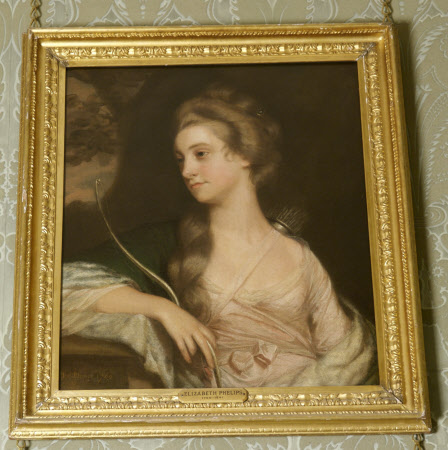 Oil painting on canvas, Elizabeth Phelips (1750 -1841) as Diana the Huntress, attributed to Thomas Beach (Milton Abbas 1738 – Dorchester 1806), previously circle of Francis Cotes, RA (London 1726 – London 1770), circa 1750. Portrait of the daughter of Edward Phelips (1725-1797) and Maria Wright (1730-1793) as a young woman as Diana the huntress, half-length, head turned to left almost profile, gazing to the left, leaning with her left arm on a plinth, holding a bow in her left hand and quiver of arrows on her back tied with a white ribbon across her left shoulder, she has a mass of pale brown hair, dressed on top with a large plait which falls down over her right shoulder, she wears a pale cream-pink satin dress with a shawl draped over her left arm and a dark green shawl over her right shoulder. Landscape background with distant view to the left .

Purchased from Mrs Claudie Phelips by the National Trust in 1997