Landscape with Antique Ruins and Figures 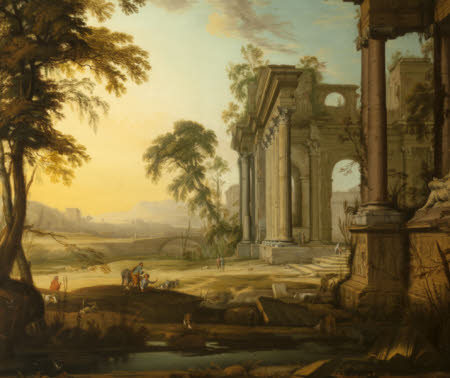 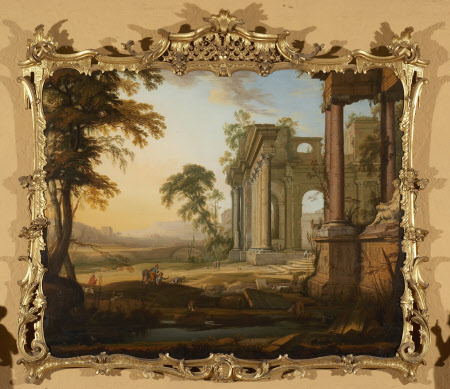 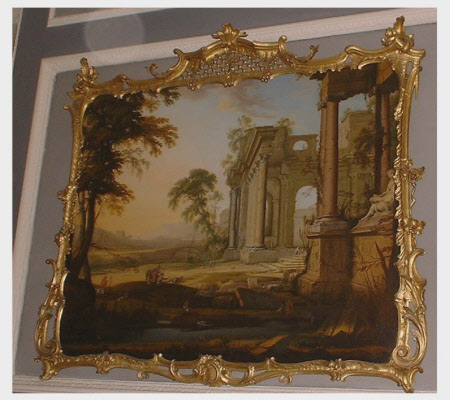 Patel was known as 'the French Claude', since, unlike the latter, he was born in France proper, and never even went to Italy, whereas Claude spent the whole of his working life in Rome. Patel's pictures, as here, make more play with the romance of the ruins that he had never seen, bathed in an eternal golden light. This might also be by his son, Pierre-Antoine Patel (1646-1707), whose earliest works were almost indistinguishable from his father's. It acquired its fine Rococo frame when made into an overmantel at Wallington, around 1750.

Oil painting on canvas, Landscape with Antique Ruins and Figures, after Pierre Patel the elder (c. 1605-1676) or possibly Pierre-Antoine Patel the younger (Paris 1648 – Paris 1707). A ruined temple and portico at the right. A copy in reverse, probably after the 1762 Vivares engraving, is in The Potteries Museum & Art Gallery, Stoke on Trent, purchased in 1950.