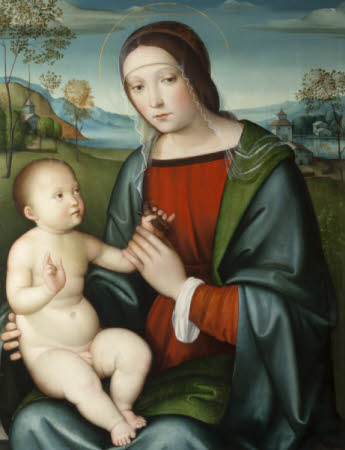 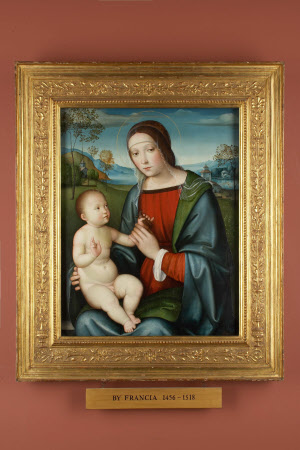 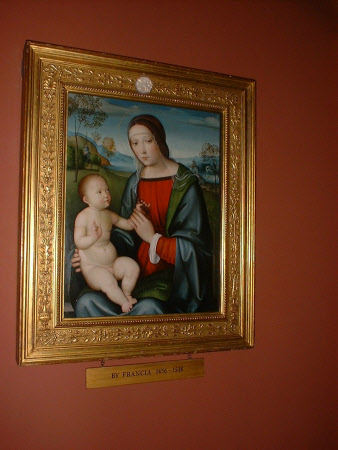 Oil painting on panel, Madonna and Child by Francesco Francia (Bologna c.1450 – Bologna 1517) and Studio, circa 1500. The blessed child is seated on the lap of the Madonna, who wears a red dress and pale blue robe with green lapels; in the background an Umbrian landscape.