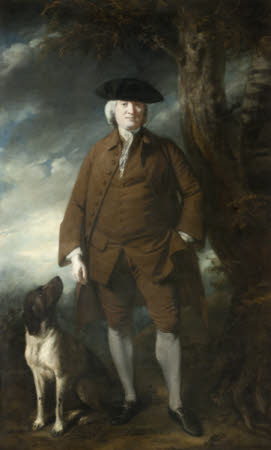 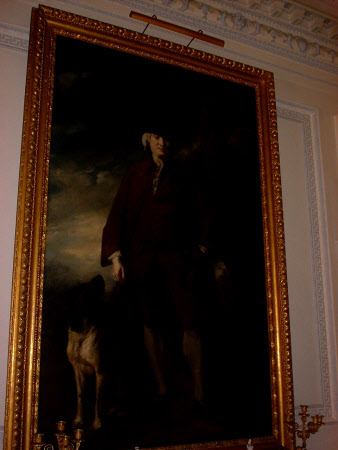 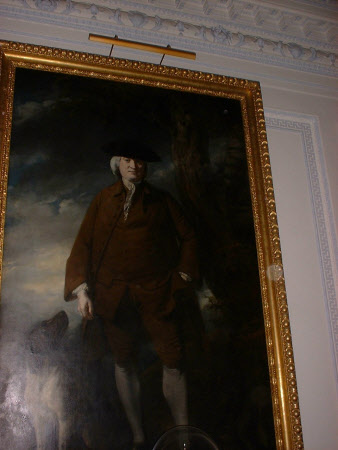 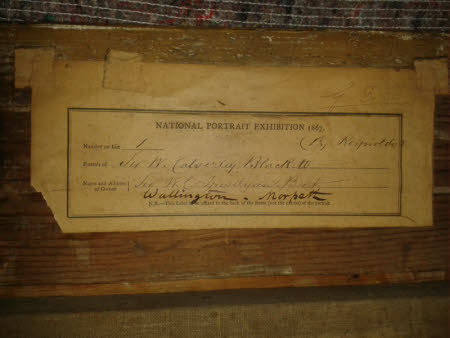 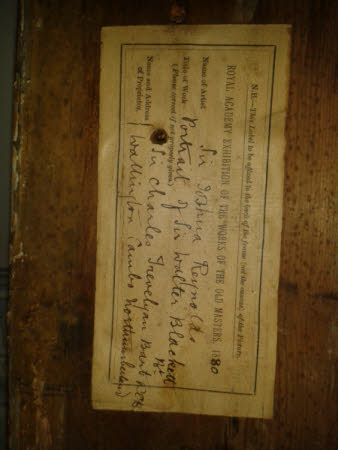 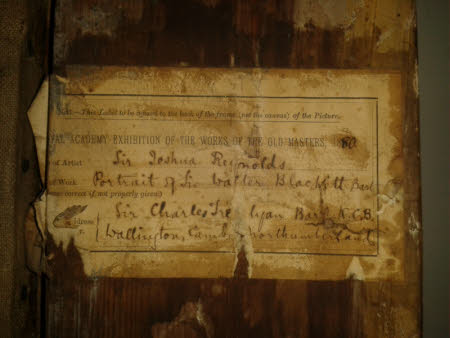 Probably the picture for which – bizarrely – (apart from one isolated sitting by Sir Walter on 20th October) the dog first sat, in October and November 1759 (but it may be that Reynolds had been able to begin on Sir Walter on the basis of the – lost – first portrait that he painted of him, which was “sent home” on 16 June 1759), followed by Sir Walter in 1760, and which must have been one of the three pictures for which Reynolds received £173 some time in 1762. Bequeathed by Sir Walter, with Wallington itself, to Sir John Trevelyan, 4th Bt (1734-1828); thence by descent to Sir Charles Trevelyan, 3rd Bt of the 2nd creation (1870-1958), who bequeathed it to the National Trust with Wallington, its estates, and most of its major contents