Apollo and the Graces 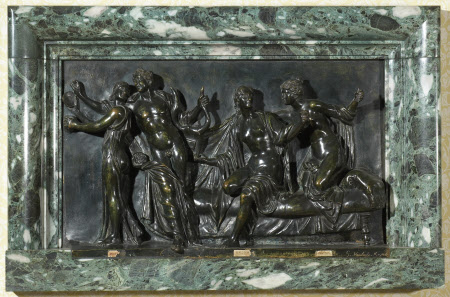 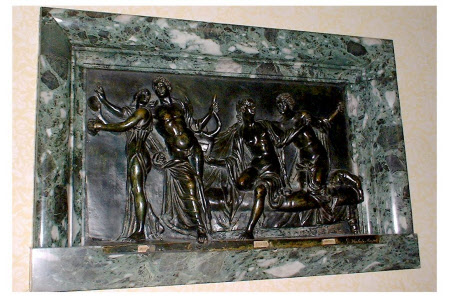 Bronze sculpture group in green marble frame, Apollo and the Graces, signed by G. Varlede, Napoli. A bronze relief wall plaque with four figures. The women are labelled Myrto, Kalyke, Hedyle even though it is thought to be after the Antique and called Apollo and the Graces who are Aglaea ("Splendor"), Old cleaning material around neck. Tarnished and discoloured. End of knob is dented. Euphrosyne ("Mirth"), and Thalia ("Good Cheer"). Myrto was a wife of Socrates, Kalyke (Calyce) could be one of the Nysiad nymphs who nursed Dionysus and Hedyle was a poetess, who lived in Athens, during the third century BC and wrote a poem entitled Scylla.

Signed by G. Varlede, Naples. At one time this item was said to be a bronze relief after the Antique of 'Apollo and the Graces' (label)